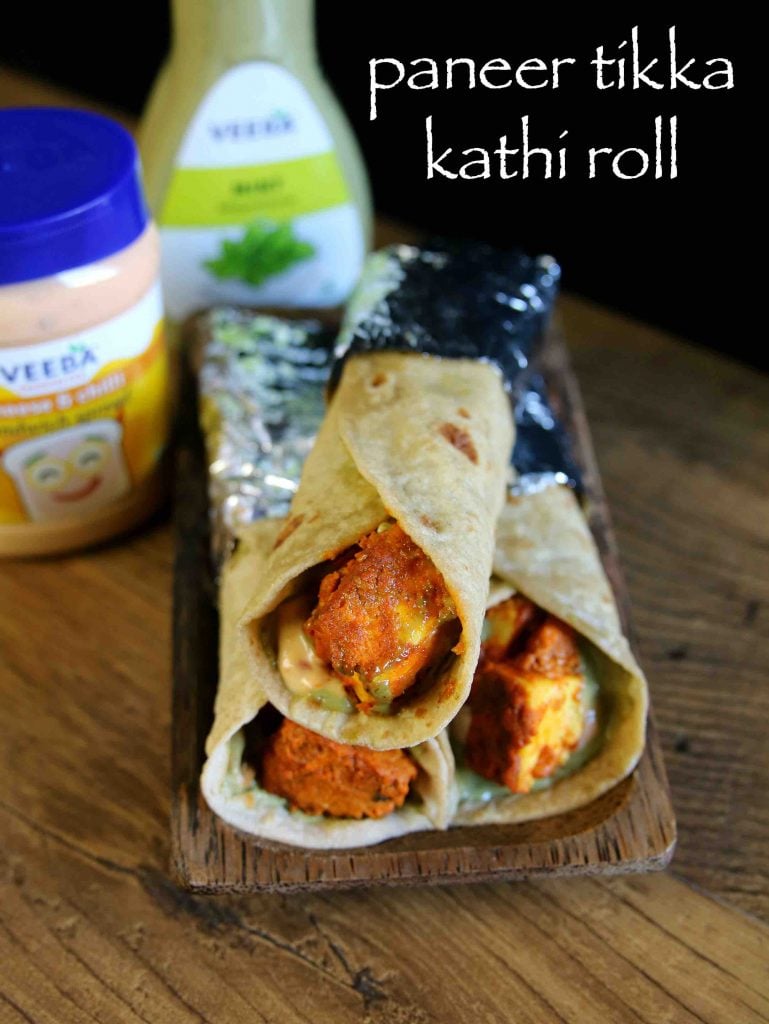 paneer tikka roll recipe | paneer tikka kathi roll | paneer tikka frankie with step by step photo and video. the recipe begins with paneer cubes marinated in a tikka sauce with diced onions and capsicums. it is then either skewer roasted or pan grilled till the raw smell goes away. finally the assembling, the roti is spread with mint sauce or green chutney and the grilled paneer cubes are placed on top of it with a tight wrap.

frankie or kathi roll recipe is one of my favourite snacks recipe and i prepare it quite often for my breakfast and evening snacks. i typically prepare rolls with previous night left over chapathi and dry curries. especially i love my paneer kathi roll with left over paneer bhurji and veg kathi roll with aloo gobi masala. however paneer tikka roll or paneer tikka wrap idea was presented by our sponsor veeba and i really liked it. hence i have used veeba sauces like veeba mint mayo and veeba cheese chilli spread in this recipe. but this recipe can be prepared even with mint chutney or green chutney or even red chutney. 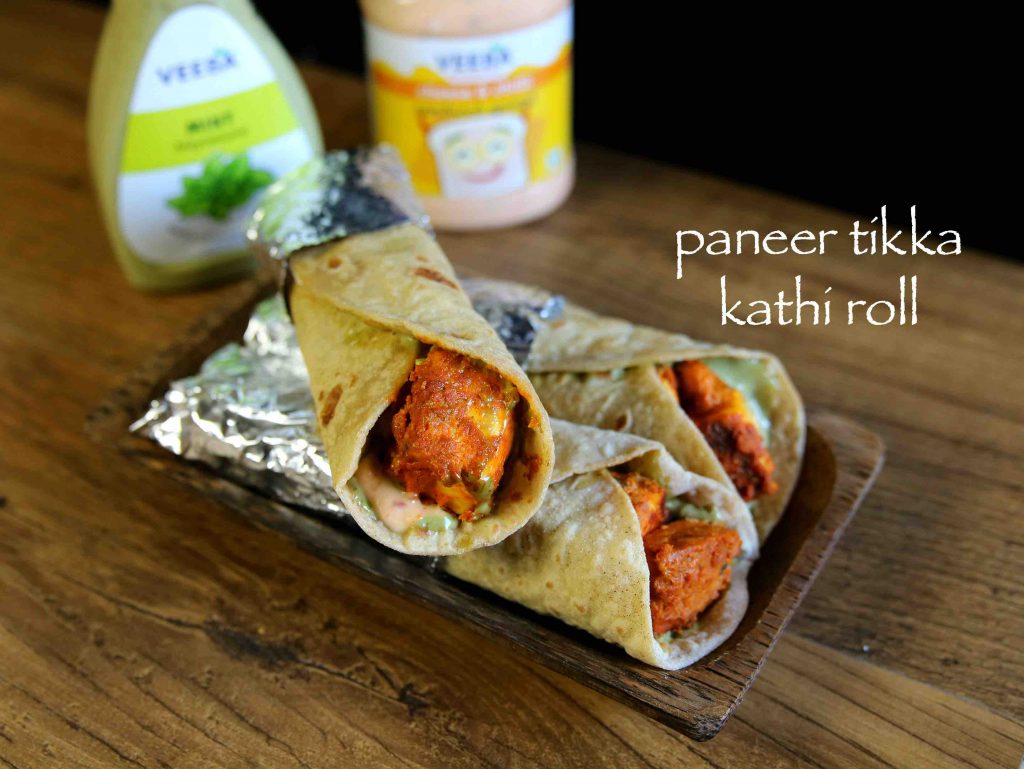 furthermore some important tips and recommendations for a perfect paneer tikka roll recipe. firstly, use thick curd for marination as it holds to paneer and makes tikka more flavourful. also adjust the spices to your choice to make it more spicy and chatpata. finally, take moist and soft paneer as it hardens slightly when cooked.

finally i would like to conclude by highlighting my other street food recipes collection with this post of paneer tikka roll recipe. it includes, pinwheel samosa, chilli paneer, masala toast, chilli cheese sandwich, veg lollipop, falafel, hariyali paneer tikka, veg crispy and chilli gobi recipe. in addition do visit my other recipes collection like, 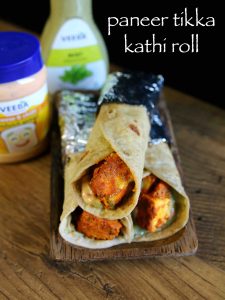 how to make paneer tikka roll with step by step photo: