rajma recipe | rajma masala | rajma curry | punjabi rajma recipe with detailed photo and video recipe. a popular north indian or punjabi curry recipe made with kidney beans and indian spices. the combination of rajma and chawal which is also known as rajma chawal is the staple food of many north indians. it forms a semi-thick gravy which can also be served with jeera rice or even which choice of indian breads like roti or chapati. 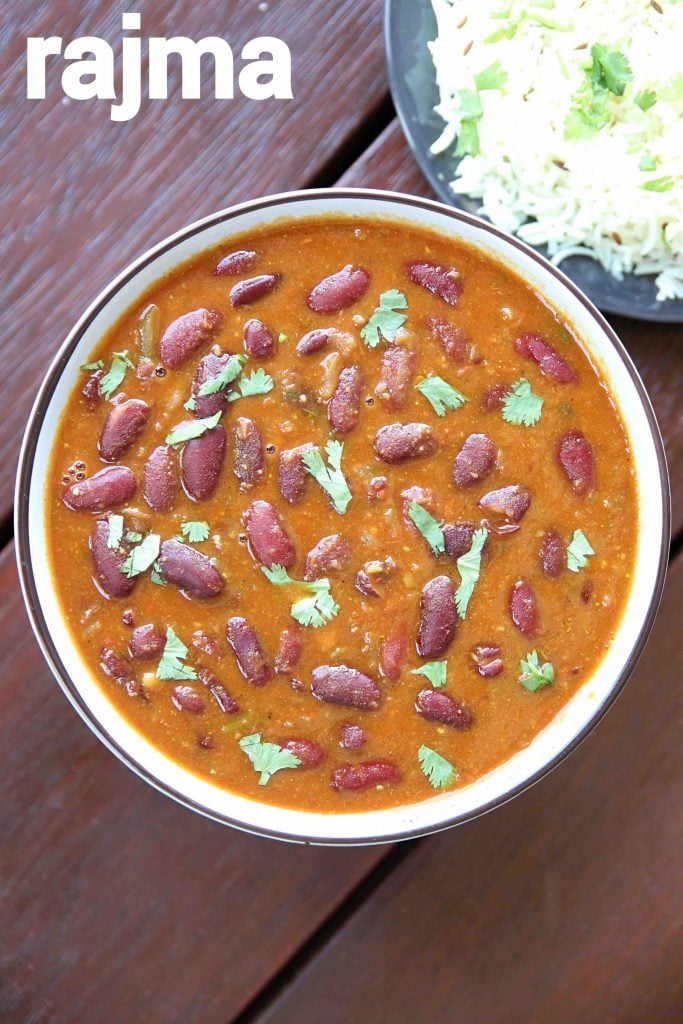 rajma recipe | rajma masala | rajma curry | punjabi rajma recipe with step by step photo and video recipe. there are many ways to make the popular rajma masala. but the punjabi version of rajma curry is super popular and has been embraced by other regional cuisines. further, it is also appreciated because of the abundant supply of protein which makes it a complete meal when served with rice which is a source of carbohydrates.

as i mentioned in my previous posts, i prefer to have roti and sabzi for my dinner and i avoid to have rice for my dinner. even though my husband craves for rice-based dishes for his lunch and dinner, i try to avoid it as much as possible and reduce the intake of carbs for dinner. but i personally like to make this rajma masala or rajma curry for dinner because it is multipurpose. basically, i can serve the curry with roti or chapati for the dinner. and any leftover rajma recipe can be mixed with rice and can be served for lunch. thus making the perfect option for lunch and dinner. but i personally like the combination of rajma chawal compared to roti’s but still a convincing option. 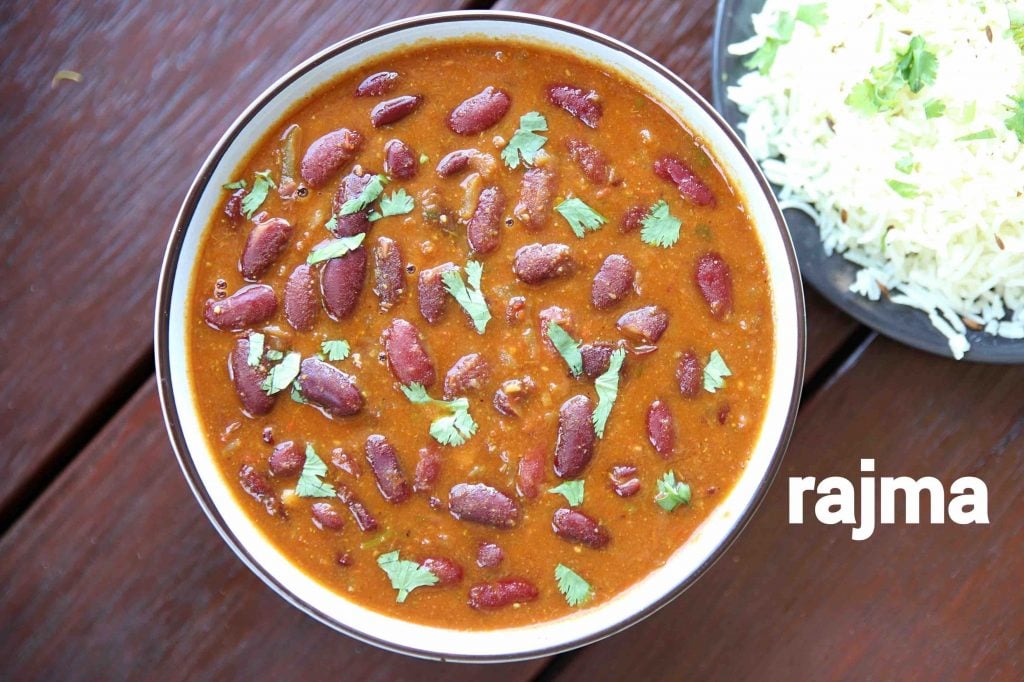 the rajma recipe is straight forward to cook, yet some tips, suggestions and variations to make perfect rajma masala. firstly, i heavily recommend soaking the rajma overnight before pressure cooking till it softens. you can hasten the cooking procedure by using canned kidney beans but would not recommend it for the obvious reasons. secondly, there are different types of rajma seeds available in the market, but i would recommend using red coloured beans. typically it much easy and faster to cook and easily turns soft. lastly for a creamy curry, once the rajma is cooked, mash few beans with the spoon to have a thick curry base. this step is not mandatory but gives a nice consistency to the curry.

finally, i request you to check my other indian curry or sabzi recipes collection  with this post of rajma recipe. it includes recipes like paneer butter masala, dhaba style dal tadka, dal tadka, lobia masala, soya bean masala, aloo gobi masala, bhindi masala and baingan masala recipe. further to these, i would request you to check my other recipes collection like, 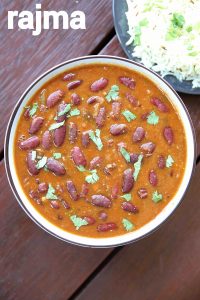 how to make rajma curry with step by step photo:

tomato garlic chutney recipe | lahsun tamatar ki chutney | tomato & garlic chutney with step by step photo and video recipe. tomato and garlic based chutney recipes are very common across india and are mainly used for morning breakfast. it is generally made by mixing with other vegetables like onion and ginger and grounded to smooth paste. but this recipe is very unique where tomato, garlic and chilli is roasted directly on flame and mashed to coarse paste as chutney or bharta.
Read more

methi ka nashta recipe | sooji besan methi nashta | healthy fenugreek leaves snack with step by step photo and video recipe. nashta or snacks recipes are one of the popular demands in all our homes. it has to be tasty, quick, easy at the same time healthy providing all the required nutrients for all the age groups. one such easy and simple nashta recipe is sooji besan methi ka nashta recipe or also known as fenugreek veg omelette recipe known for its taste and filling nature.
Read more