kanchipuram idli recipe | kancheepuram idli | kanchi idli with detailed photo and video recipe. an authentic and traditional idli recipe made with tempered idli batter steamed in banana leaf. it hails from the tamil cuisine but particularly belongs to the kanchipuram city in the tamilnadu. it is generally served in south indian temples as prasadam but can also be served as morning breakfast with a choice of chutney and sambar. 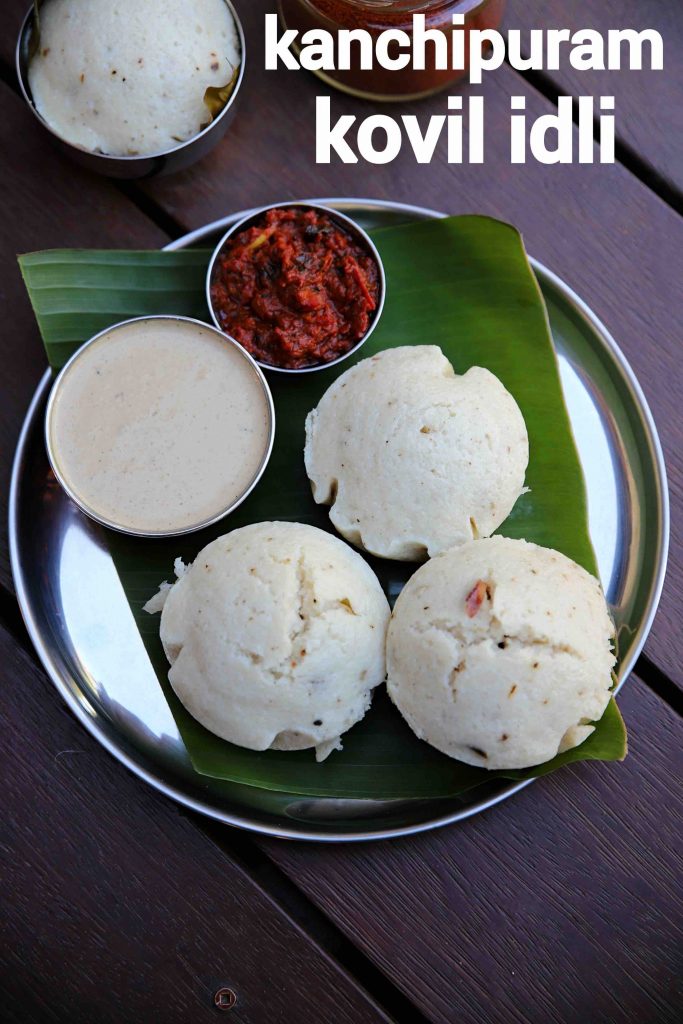 i guess by now you must be wondering what is so special about this kanchipuram idli recipe? well as you may have observed the colour of the idli is bit dark compared to other traditional idli recipes. the darkness comes from the additional seasoning of cumin, pepper and curry leaves. also, the idli is steamed in a specially made container from mantharai leaves. the leaves make a great impression and flavour to the idli’s when steamed with these leaves. having said that in this recipe post i have used banana leaves which are considered as a great alternative to it. moreover using banana leaves has its own unique flavour and hence it would never disappoint you anyway. 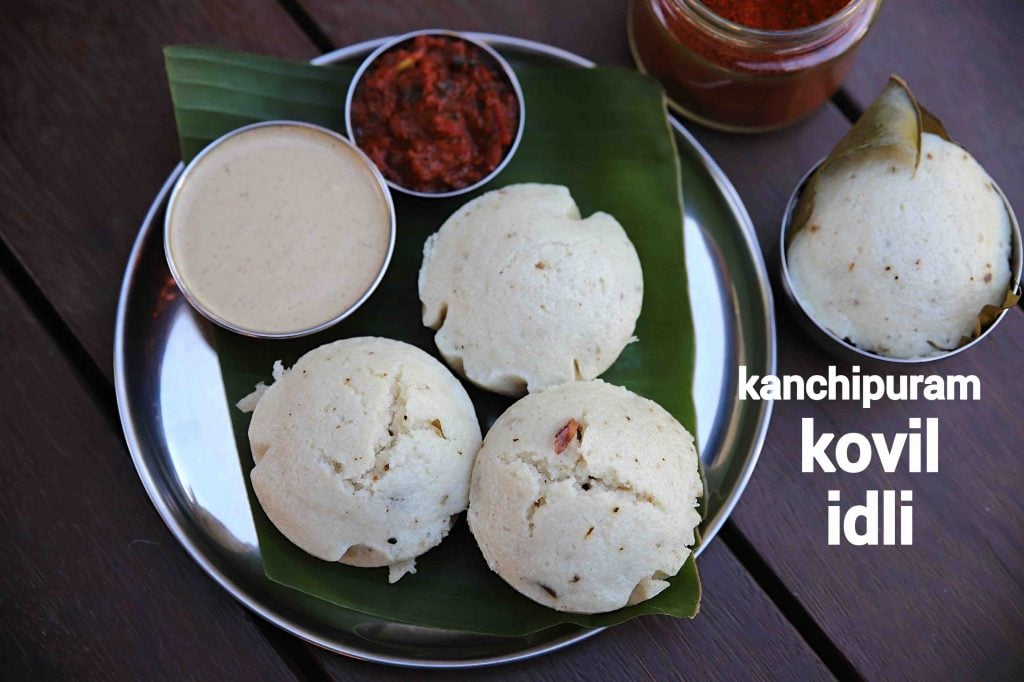 furthermore, i would like to highlight some of the tips, suggestion and variations to this kanchipuram idli recipe. firstly, as i mentioned previously i have used banana leaves for this recipe as i was not having access to mantharai leaves. but if you have access to it you should try this recipe with that. secondly, i have used the combination of idli rice and raw while preparing the idli batter. but you can also use other rice-like parboiled rice, sona masuri rice. lastly, you can also steam the idli in a broad bowl or even cake pan with banana leaves covered in it. this should be very similar to baking the cake and has a very similar shape. 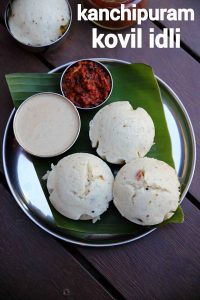 how to make kanchi idli with step by step photo: