moong dal chakli recipe | moong dal murukku | pasi paruppu murukku with detailed photo and video recipe. an easy and savoury crunchy evening snack recipe made with moong dal dough. the recipe is similar to any other deep-fried chakli or murukku snack but just that it is made with split green gram flour. it can be an ideal replacement for the traditional rice or urad dal based chakli as a snack or for any festival. 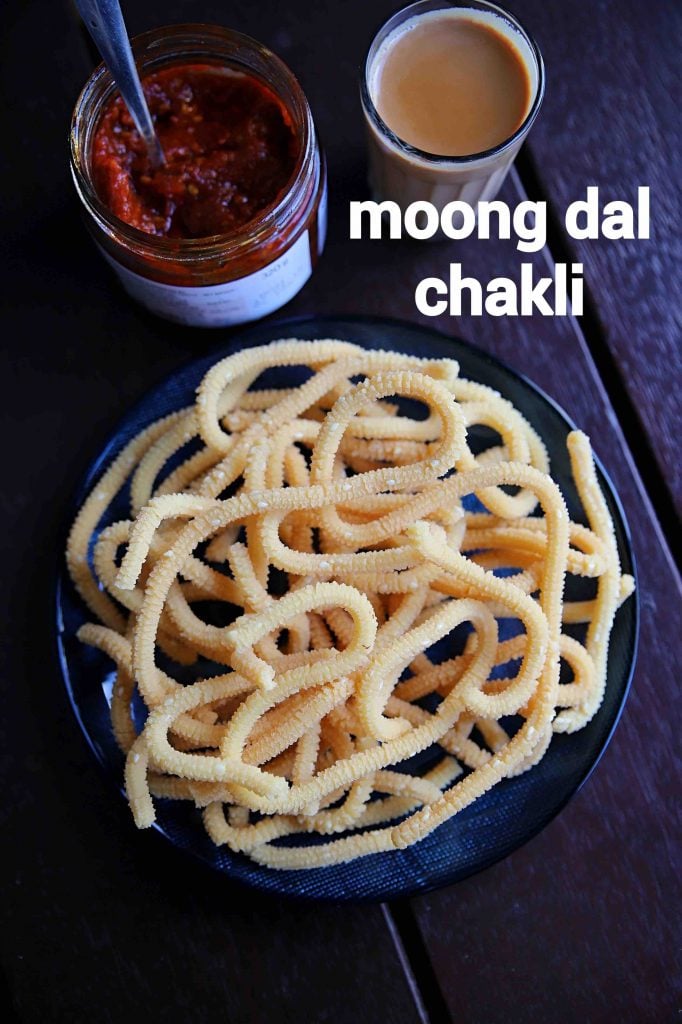 chakli recipes are always considered to be complex and require a lot of expertise and ingredients to make it. well to make it clear, yes the traditional ones are too complicated and involves soaking overnight, grounding and also too much prep work. but i am not a big fan of those traditional recipes. it not like i do not respect it, but it’s just not for me. most of the chakli recipes i have posted till now are instant version and does require very minimal preparations. similarly, in this recipe, i have used an instant method with moong dal. moong dal is pressure cooked and then the dough is prepared adding rice flour. i personally like the taste of moong dal chakli, as it yields less crispy as compared to rice flour chakli.

anyway, i would like to add some tips, suggestions and variations to the moong dal chakli recipe. firstly, the dough for moong dal murukku is very critical. it has to be soft and should not be tight so that it gets a nice shape to it. moreover less moisture ensures the chakli absorbs less oil while deep frying. secondly, do not overcrowd the chakli while deep frying. deep fry them in small batches so that it gets cooked evenly. lastly, if you wish to have more crisp chakli, then you can control it by adding more rice flour to the dough. as a matter of fact, you can also add maida or plain flour to make it crispier.

finally, i wish to conclude by highlighting my other evening snacks recipes collection with this post of moong dal chakli recipe. it includes recipes like kodubale, nippattu, ribbon pakoda, kara sev, spicy boondi, aloo bhujia, shankarpali, omapodi and thenkuzhal recipe. in addition, do visit my other related recipes collection like, 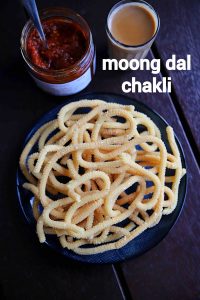 how to make moong dal murukku with step by step photo: