poha chivda recipe | poha mixture | how to make spicy poha chivda with detailed photo and video recipe. a traditional maharashtrian or north karnataka spicy snack made with thin flattened rice and other spices. it is popularly consumed as an evening snack with a cup of tea, but can also be served as a combo with upma or pohe recipe. it is simple yet easy to prepare, and easily last longs for a couple of weeks. 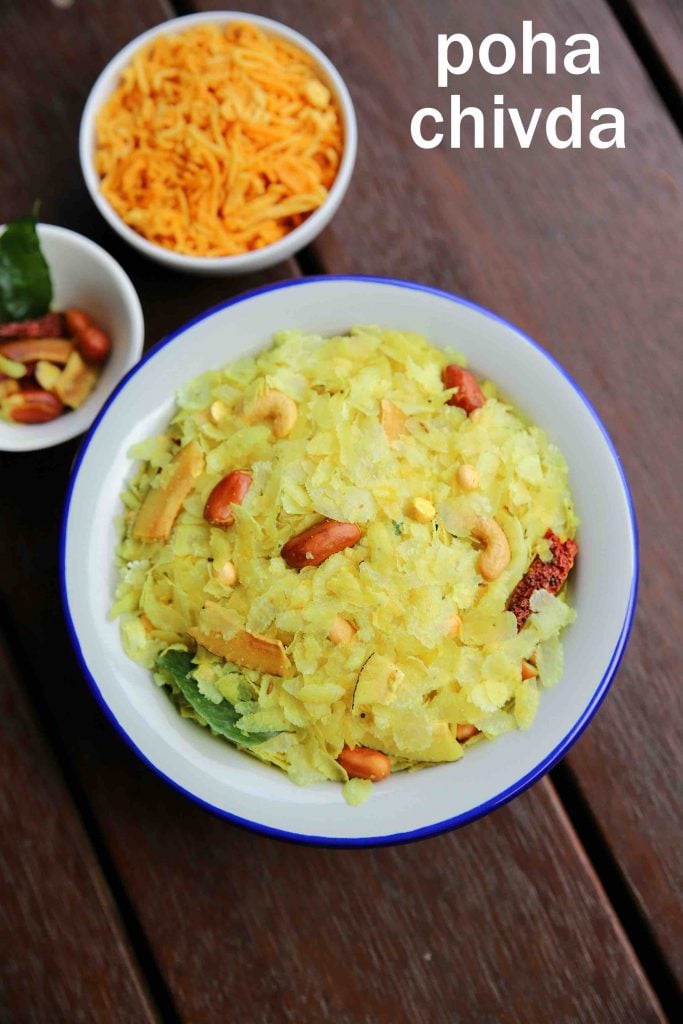 poha chivda recipe | poha mixture | how to make spicy poha chivda with step by step photo and video recipe. there are several snacks recipes with indian cuisine which mainly differs from location to location and region to region. this recipe is specific to western india, particularly, maharashtra and northern karnataka. having said that, poha chivda recipe is common in gujarat too but is more sweet in taste.

there are so many recipes which i inherited from my mother, and poha chivda recipe is one of them. according to my hubby, i have exceeded in terms of taste and the way it is prepared, but he still prefers my moms poha chivda recipe. he further explains the reason for it too. according to him, i try to make traditional recipes more practical and instant by skipping or finding alternatives to complicated steps. in this scenario, the thin flattened rice is sun-dried for 30 minutes or 1 hour so it turns ultra crisp and flaky. but in this recipe i have followed a short-cut way. that is, i have dry roasted the thin poha to make it crisp and it hardly takes few mins. basically, it would save time, but would not match the crispiness with sunlight. 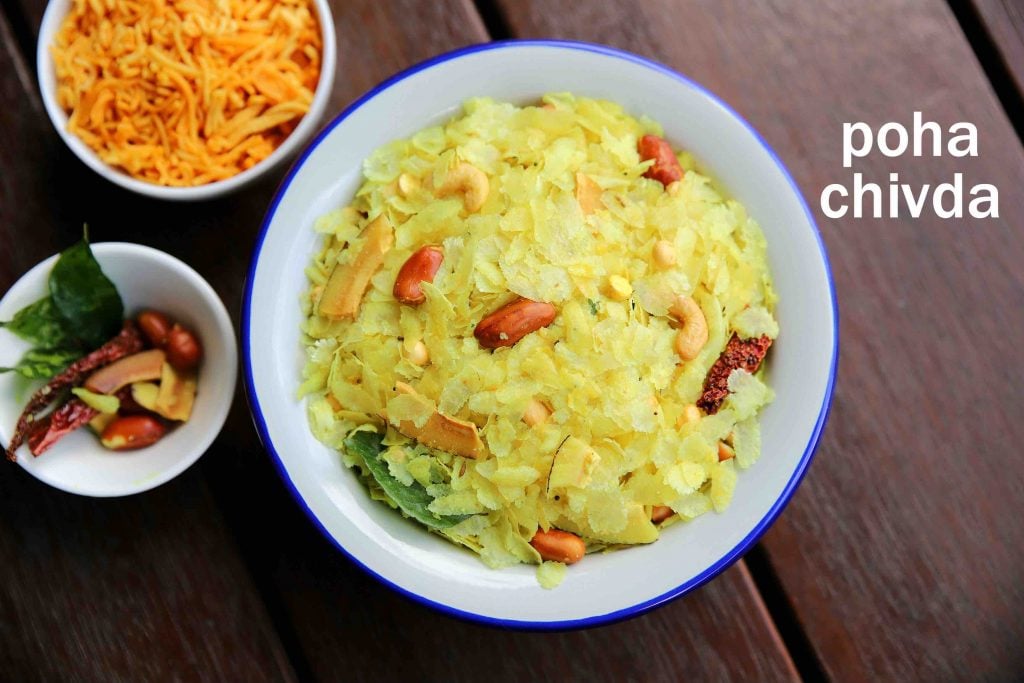 furthermore, some easy tips, suggestions and recommendations while preparing poha chivda recipe. firstly, roast the nuts on low flame, else they may burn and taste bitter. also, add dry fruits like raisins, almonds and flax seeds to make it more nutritious. i have used dried red chillis for the spiciness, you can also add  red chilli powder to increase spice level. lastly, store the chivda in an airtight container once cooled completely, else the moisture may turn the poha soggy.

finally, i request you to check my other evening snacks recipes collection with this post of poha chivda recipe. it includes recipes like, gathiya recipe, south indian mixture, rice chakli, murukku, instant chakli, omapodi, spicy boondi, kara sev and aloo bhujia recipe. in addition do visit my other related recipes collection like, 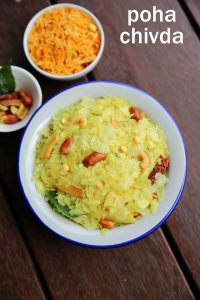 how to make poha chivda with step by step photo: