paneer tikka masala recipe | paneer tikka gravy restaurant style | paneer tikka sabji with detailed photo and video recipe. a popular spicy and creamy north indian gravy recipe made with marinated paneer cubes. the recipe of paneer tikka is very inherited from the meat counterpart of chicken tikka masala for veggie lovers. the gravy is rich, creamy and spicy and hence can be used for any type of indian roti or flat breads including naan bread. 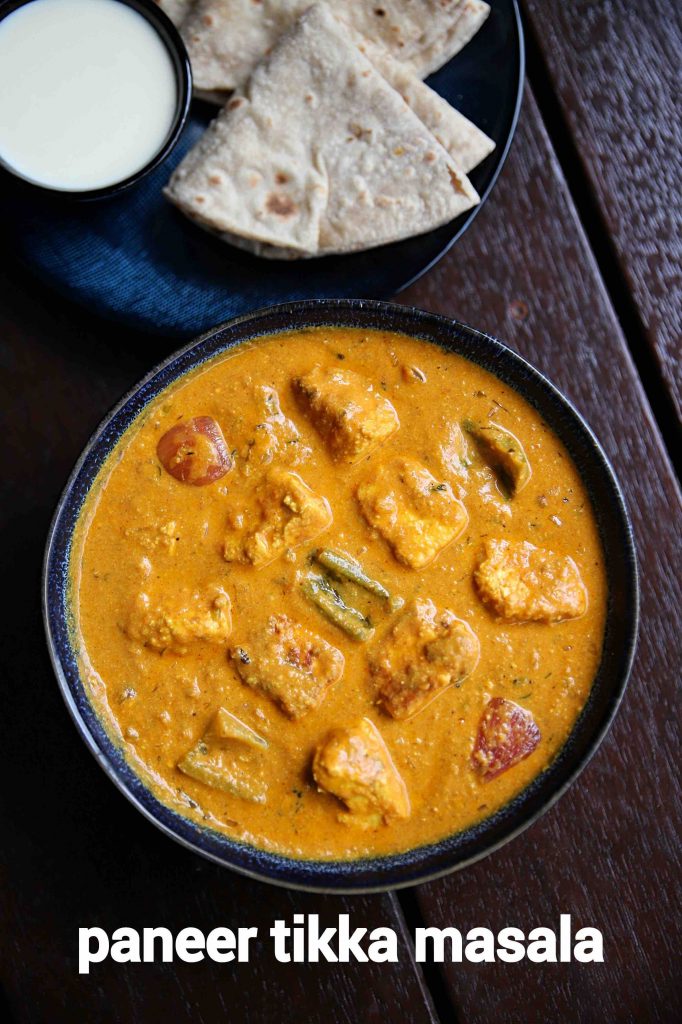 i have posted quite a few paneer recipes and this is my personal favourite along with kadai paneer recipe. basically, i like the medium spicy paneer recipes and both of them offer mostly the same taste and spice level. the other curries like shahi or makhani recipe are more of creamy and rich filled with cream. and hence i particularly avoid it as my tastebuds crave for something in between. having said that, preparing the tikka and making the gravy can be overwhelming for someone who needs something very quick. but i have a quick solution for this, as i make these paneer tikkas as a starter and while i make it, i make sure to make it in excess. and with the leftover, i prepare this curry and hence i can get 2 dishes with the almost same effort. 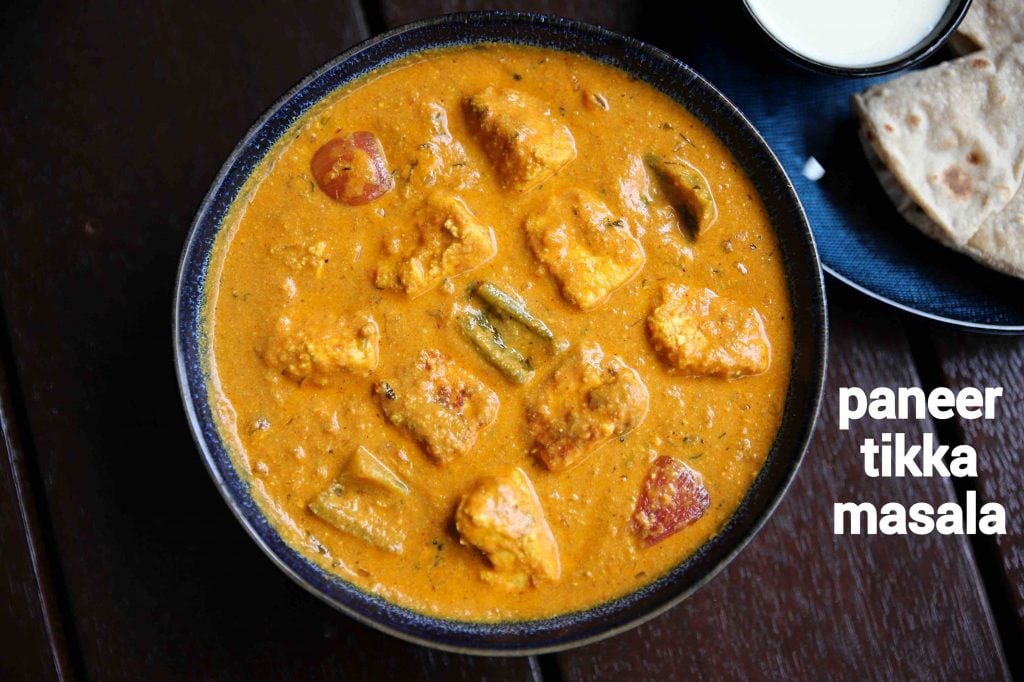 furthermore, i would like to add some tips, suggestions and variations to the paneer tikka masala recipe. firstly, i always recommend using moist and fresh paneer for any paneer recipes including this paneer tikka. i have used homemade fresh paneer, but you can use fresh store-bought paneer too. secondly, i have made these tikka on tawa which should be handy for those who do not have oven or traditional tandoor. but if you have a baking oven, you can bake these in oven at 180 degree celcius for 150 minutes using a skewer. lastly, while marinating, you can keep it either at room temperature or even refrigerate it. i would heavily recommend to refrigerate it for a better result. 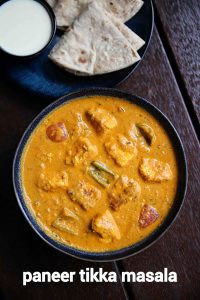 how to make paneer tikka gravy with step by step photo:

To be updated with all the latest recipes and special announcements, drop you email here.