kadai paneer recipe | karahi paneer | how to make kadai paneer gravy restaurant style with detailed photo and video recipe. perhaps one of the popular paneer based main dish or gravy based curry recipe mainly served with roti or naan. basically, the paneer is cooked in a tomato and onion based gravy with a special spice powder known as kadai masala. the spice powder adds a unique flavour and taste to the curry compared to the other paneer curries. 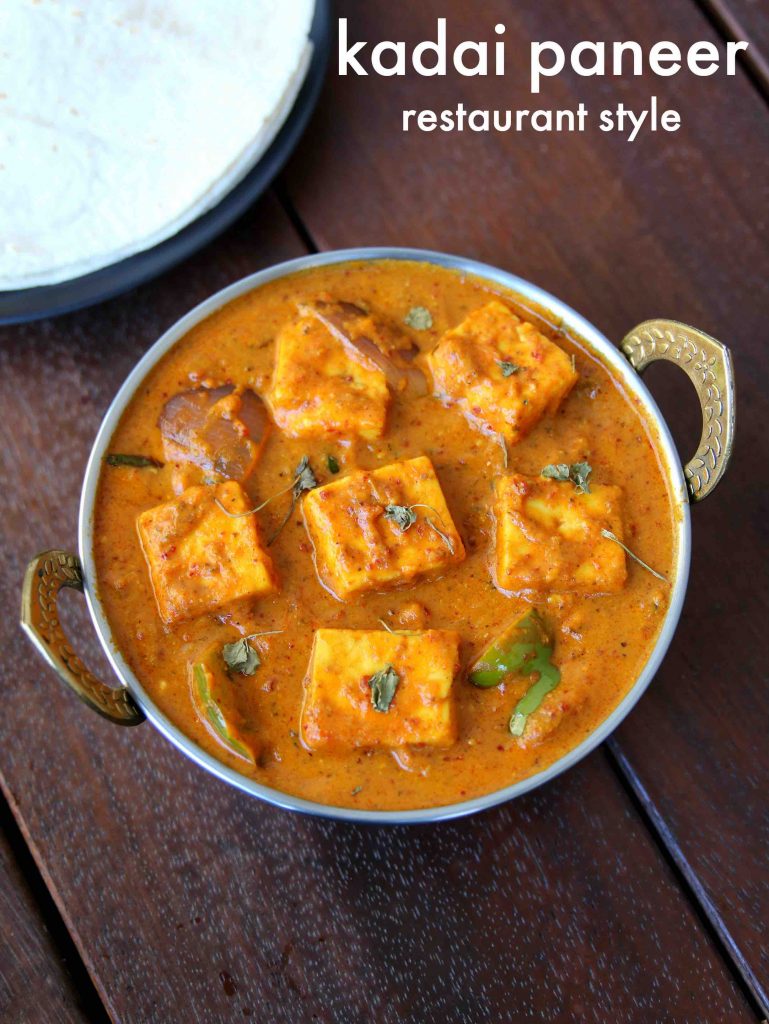 i often get this question about the difference between kadai paneer vs paneer butter masala vs shahi paneer recipe. i thought i will take this opportunity to clear it once and for all. basically, the texture and perhaps the colour of all these paneer recipes are very similar but completely different with the taste and way it is prepared. karahi paneer is spicier compared to the other 2 recipes which include the addition of freshly prepared kadai masala. whereas the butter masala and shahi recipes are creamier and rich. also generally shahi recipes are prepared with a choice of dry nuts like cashew and almonds without tomatoes in them. and hence generally it carries bright yellow colour as compared to kadai recipe and butter masala recipes which are either orange or reddish in colour. 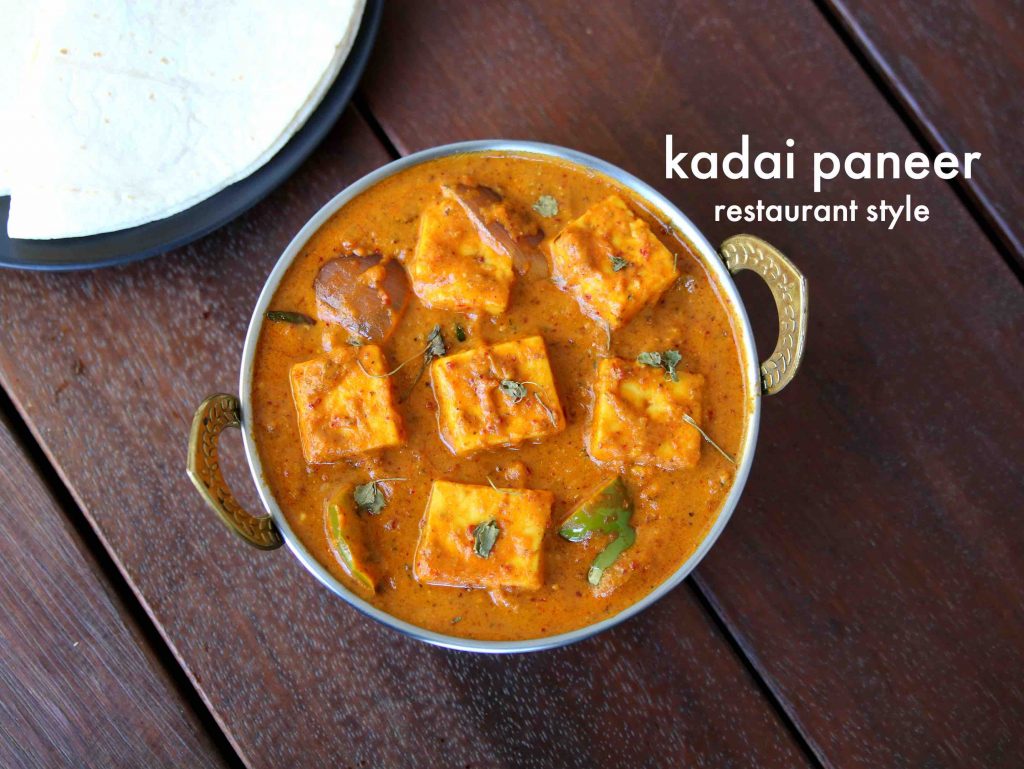 comparatively, the recipe for kadai paneer has a medium complexity, hence i would like to share some tips and variation to make it easier. firstly, i always prepare the kadai masala well ahead in advance and store it in an airtight container. moreover, the spice mixture can also be used for other paneer curries or gravies as a variation. secondly, use soft and tender homemade paneer cubes for better result. alternatively, you can also use store-bought paneer, but make sure to soak it in warm water for 5-10 minutes to make it tender. lastly, the other popular variation to this recipe is the kadai paneer dry recipe. you can prepare it by not adding water and keeping it dry.

how to make kadai paneer with step by step photo:

is there any difference between kadai paneer with shahi paneer and paneer butter masala?

yes. all three are different from each other though they have the same colour and texture. the preparation method and taste also vary from each other. kadai paneer is spicier than the other two as there is the addition of freshly prepared kadai masala in it. whereas shahi paneer and paneer butter masala are more rich and creamy and are sweet in taste. also, shahi paneer is prepared with dry fruits like cashew and almonds without having any tomatoes in it. so they are usually yellow in colour. whereas kadai paneer and paneer butter masala are reddish or orange in colour which also includes tomatoes in gravy.

how does the kadai paneer taste?

here in kadai paneer, paneer and capsicum are cooked in onion and tomato-based gravy with freshly prepared homemade kadai masala. this special spice powder adds a unique flavour and taste to the kadai paneer compared to other paneer curries. usually, kadai paneer will be a bit spicy which contains the flavour of freshly grounded coriander, jeera, pepper and red chillies along with onion tomato gravy. this goes well and is one of the great combinations for chapati, naan, rotis and also rice varieties.

do we need to cook the paneer?

usually, paneer needn’t be cooked for a long time to absorb all the flavours in it. as they are curdled with lemon juice, they will not melt like cheese. so you can just add the cubed paneer to the gravies as it is or you can pan fry the paneer or fry the paneer in the oil until it turns golden brown and then use it in gravies. here the paneer will be crisp outside and soft inside. you can also add the fried paneer to the hot water to maintain the softness in it. last but not the least, paneer can also be marinated and added to the gravy.

how is kadai masala made?

it is a special homemade spice powder which is made of freshly grounded spices. spices include 2 tsp of coriander, 1tsp of cumin, 3-4 red chillies depending upon the spiciness and ½ tsp of pepper. these are dry roasted in the pan until they turn aromatic and once they are cooled, they are blended to the coarse powder in the mixer without adding any water to it. you can also prepare this in advance or increase the quantity and store in the airtight container for future use.

how to prepare the kadai paneer which tastes the same as the restaurant one?

to have the same taste as the restaurant one, you need to use a generous amount of butter. it’s always good to use the freshly prepared kadai masala rather than the old ones. and also roast the kadai masala spices well before blending it to the coarse powder. cook the tomato-onion based gravy with that of kadai masala for a longer time by keeping the flame in low. cook the masala paste, till the oil releases. this helps to enhance the flavour. the longer time you cook it, the tastier it becomes.

is kadai paneer healthy? what is it made of?

yes. kadai paneer is healthy as it’s made of paneer which includes lots of proteins and calcium, an onion which helps in boosting the immunity, ginger which helps in cure of cold, cough and sore throat, garlic which helps in lowering the cholesterol and control of blood pressure. this also includes capsicum, tomatoes and many other indian spices. all these have their own health benefits which make overall kadai paneer a healthier one.

can we make paneer from spoiled milk?

yes. paneer can be made from spoiled milk. just strain the spoilt milk using the muslin cloth. tie it tightly for about 6 to 8 hours. after 8 hours, when you untie it, paneer will be collected in the muslin cloth. you can cut it to any desired shape and use in any dishes. this stays good for about 2-3 days when stored in the refrigerator.

what type of gravies can be prepared from paneer?