Paneer Butter Masala Recipe | Butter Paneer Recipe | Cheese Butter Masala with detailed photo and video recipe. Perhaps one of the premium north Indian or Punjabi curries if not the king of the paneer curries. It is known for its mildly sweet and spicy taste with the goodness of fresh cream and butter topping with moist paneer. It is one of the most curries for most vegetarians and is prepared for lunch and dinner and served with freshly baked roti, chapati, naan and even a choice of rice. 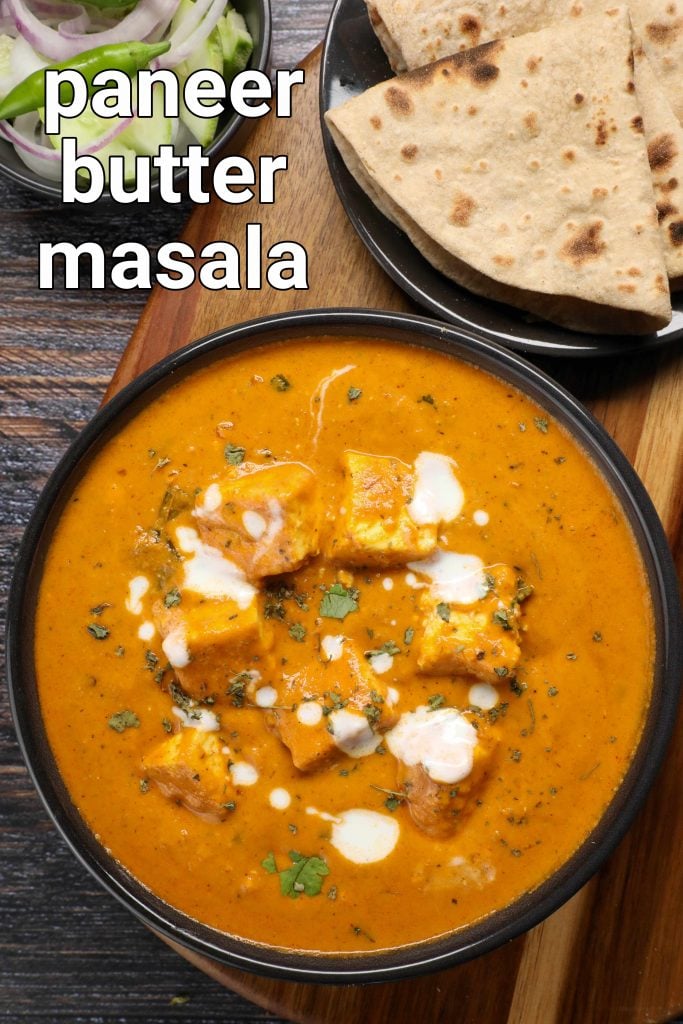 we always assume that most North Indian or Punjabi curries use the same gravy base with the same technique and hence it must be easy to prepare. This has been one of the stereotypes, especially for paneer-based recipes or curries. Perhaps even during my initial days of culinary learning, I use to make all the paneer curries but name them differently as per the occasion. But trust me, there are so many subtle variations and nuances that go into each and every Punjabi curry which makes it unique and hence the unique names. For instance, in this recipe of butter paneer, the base is prepared with onion and tomato but is handled differently compared to matar paneer or Kadai paneer. In addition, there is a generous amount of butter and fresh cream used which makes it a mild sweet and spicy curry. Moreover, the spice addition is minimal and hence it is appreciated all over the world and not just in India. 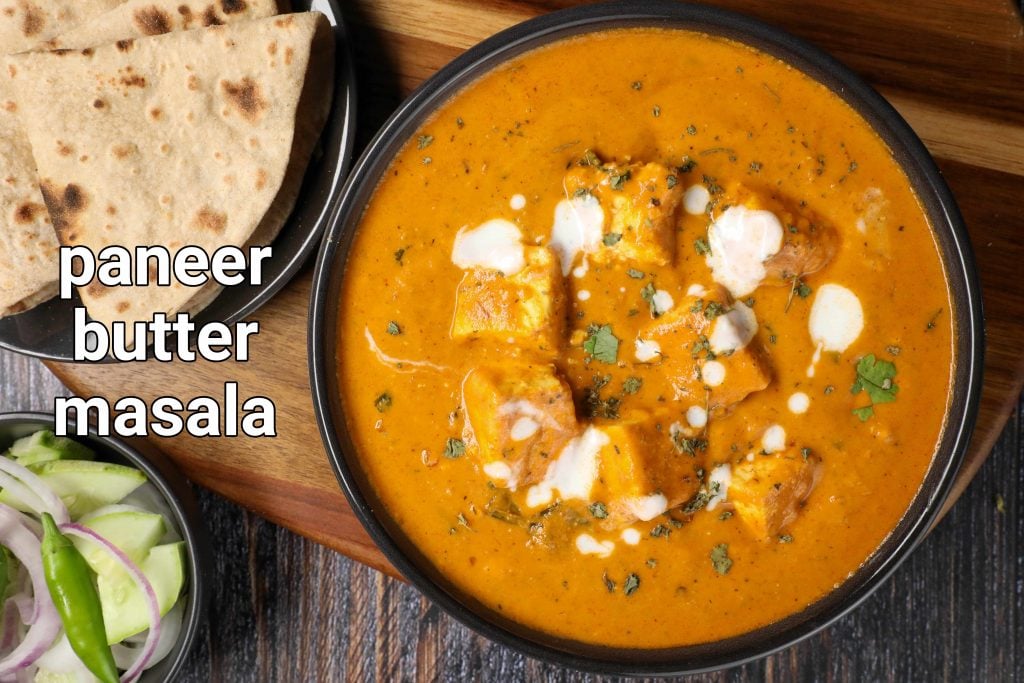 Furthermore, some additional tips, suggestions, and variations to the creamy paneer butter masala recipe. Firstly, for the butter panner curry, you do not need any other vegetables along with the paneer. paneer should be the solo hero ingredient. Yet you can add capsicum or onion petals to make it more interesting. Secondly, as the name suggests, butter and cream are the key ingredients for this curry along with paneer. Hence be generous while adding it to the curry and do not limit yourselves. Lastly, to hasten the cooking process you may prepare the curry base and deep freeze it for future use. Whenever you require it, you may take the base and add paneer to prepare the final dish. You may also prepare the full curry and deep freeze it for future use. This is the quickest way to prepare it, but may not be a fresh option.

Finally, I request you to check my other detailed Paneer Recipe Collection with this post of paneer butter masala recipe. It mainly includes my other related recipe variants like paneer tikka frankie, suji roll, homemade paneer – 2 ways, bread paneer pakora, matar paneer, paneer ki sabji, paneer toast, paneer burger, garlic paneer curry, hung curd paratha. Further to these, I would also like to mention my other related recipe categories like, 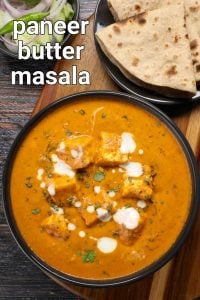 how to make gravy base:

how to make paneer butter masala:

How to make Butter Paneer with step by step photos:

How to make gravy:

How to make paneer butter masala:

what is the difference between paneer tikka masala and paneer butter masala?

can we skip cream in paneer butter masala?

what are the ingredients in paneer butter masala?

paneer butter masala is rich and creamy made of butter, paneer, onions, tomatoes, cashew and spice powders, and herbs. adding a fresh and generous amount of butter to the gravy gives a good taste. paneer used in this gravy should be fresh, moist, and soft. especially homemade paneer is ideal for this recipe. onions, tomatoes and cashews are fried and ground to form a thick paste that gives thickness and creaminess to this gravy. adding cream also gives a rich and flavour to the curry.

can we substitute cashews with almonds in paneer butter masala?

yes. cashews can be skipped with almonds in paneer butter masala. cashews give thickness and the milky flavour to the gravy. this can be attained by using almonds too. just soak them in hot water for about 30 minutes, peel the skin, grind to form a smooth paste and add them to the gravy. as they give a sweet and rich flavour to the gravy, do not skip them. you can also add a combination of both.

how to prepare the restaurant style paneer butter masala?

use a generous amount of fresh butter to make the paneer butter masala tasty. also use the fresh, moist homemade paneer to make it taste even greater. do not skip onions in this gravy as they give mild sweetness and balance the tanginess of this gravy. use ripe tomatoes as they give good colour and enhance the flavour of this gravy. add cashew paste which gives thickness to the gravy. do not skip it. cook the gravy well. the more you cook the gravy after adding spices, the tastier it becomes. remember not to add too much spice. also, use a generous amount of cream which gives richness to the gravy. if you prefer to have more creaminess in your gravy, then you can add more cream, milk or even the cashew paste.

can we prepare vegan butter masala?

yes, we can prepare this recipe as vegan by substituting the butter with oil. also, skip the cream. cashew paste in this recipe gives enough thickness and creaminess to the gravy. also instead of paneer, you can use tofu, potatoes or any other grilled vegetables.

how can we get the bright red colour in paneer butter masala?

what kind of tomatoes should we use in this gravy?

use red ripe tomatoes to this gravy. do not use sour tomatoes or tomatoes that are light in colour. tomatoes should be ripe yet firm. you can also blanch the tomatoes and make a puree. this helps to reduce the cooking time. also, you can use canned tomatoes or puree. by adding more sugar and more cream, you can reduce the tanginess of the tomatoes.

what is paneer butter masala or paneer makhani?

it is a super-rich creamy north indian curry or punjabi curry made with cottage cheese or paneer cubes. it is an alternative to the butter chicken where paneer is replaced with chicken cubes. it is usually served with indian flatbread, or even with rice recipes like jeera rice and ghee rice.

what kind of paneer should be added to the paneer butter masala?

paneer should be fresh, soft and moist. homemade paneer is ideal for this recipe. you can add the raw paneer to the gravy or just roast them in the oil and then add them to the gravy. if you are using the store-bought paneer, soak the paneer in hot water for about 20 minutes and use them. also do not overcook the paneer as they might turn rubbery and chewy.