veg kurma recipe | vegetable kurma | veg korma | vegetable korma with detailed photo and video recipe. a simple and creamy flavoured mix vegetable recipe made with a coconut masala. it is known for its mild spice and creamy taste as compared to the traditional curries made with tomato and onion based sauce. there are myriad ways of making kurma or korma recipe, but this recipe is dedicated to south indian version of kurma recipe. 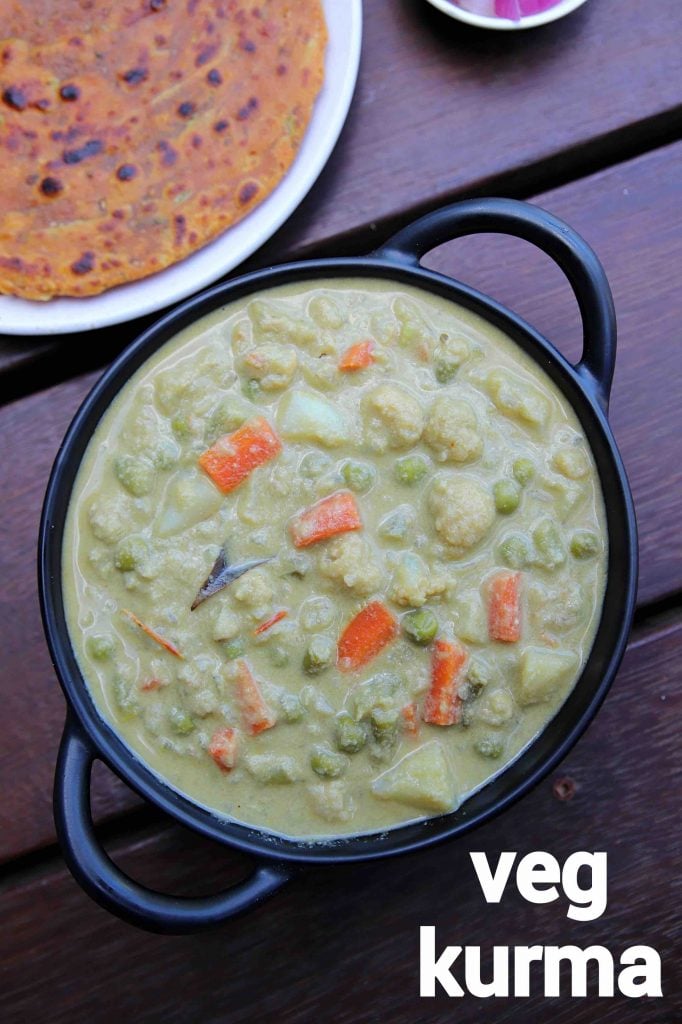 Table of Contents hide
1 watch video
2 recipe card
3 ingredients
4 step by step photos
5 notes
veg kurma recipe | vegetable kurma | veg korma | vegetable korma with step by step photo and video recipe. kurma or korma is a very generic term used not just in india but in most of the sub-continent countries. each region and demography has its own variation and the way the kurma recipe is made. in south india, the mix veg kurma is made with grounded coconut masala which is then typically served with parotta, chapati or roti.

as i mentioned earlier there are mainly 2 ways of making a veg kurma or veg korma recipe. and this is a south indian version and the other is north indian version. but i would briefly touch on the similarities and differences between the recipes. basically, both the recipes are mild and creamy and are made with the choice of mix vegetables. moreover, both have the same light green colour with a creamy texture. having said that it can also be made with red chillies which would yield red coloured gravy. anyway, the main differences are, is the masala which is added to it. north indian variant does not come with coconut and is cashew nut and/or cream is the main source of creaminess. in addition the south indian may include more spice and eventually spicier compared to north indian version. 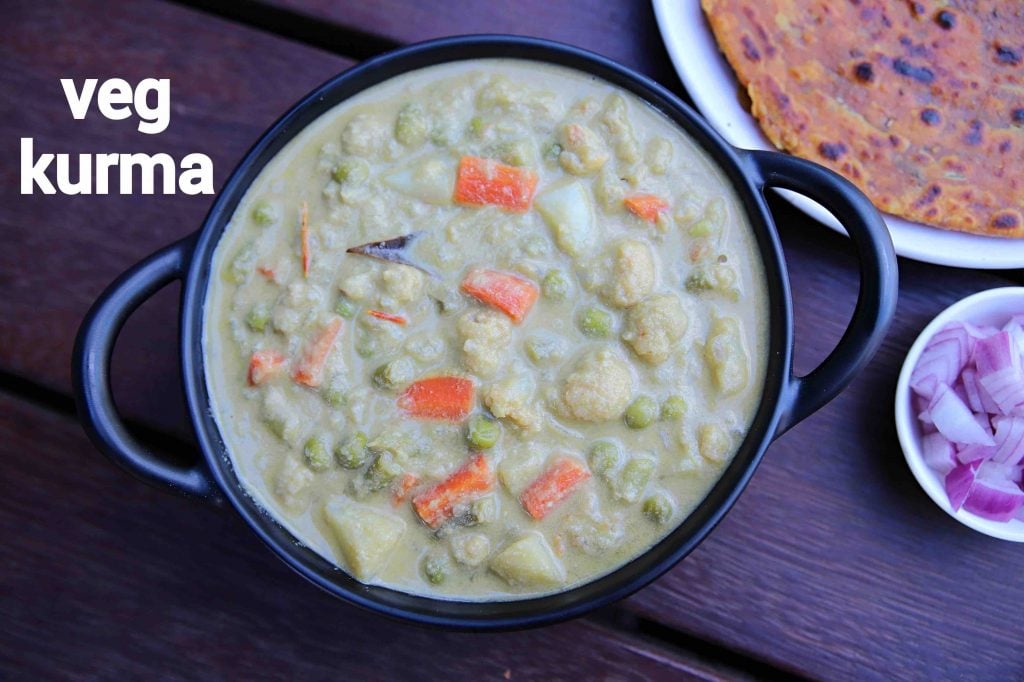 furthermore, some of the important tips, suggestions and variations while preparing the veg kurma recipe. firstly, the curry can be made with any vegetables and choice is open-ended. but keep an eye on the cooking time as each vegetable has its own temperature and may to be cooked individually. secondly, south indian vegetable kurma is always made with green chillies to have green coloured gravy. but this can be replaced with red chillies to have a red coloured gravy. lastly, do not ground the coconut masala to a smooth paste. it has to be coarsely grounded so that the spices are grounded and mixed to make an ideal coconut masala. 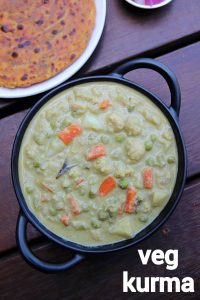 curry without onion and garlic recipe | all purpose curry...