shami kabab recipe | shami kebab recipe | how to make veg shami kebab with detailed photo and video recipe. a popular and healthy snack or appetiser made from black ground chickpeas and other spices. it is also popularly prepared with minced meat especially with chicken or lamb meat and hugely popular within the muslim community. it is a very common dish prepared as iftar recipes during the holy month of ramadan. 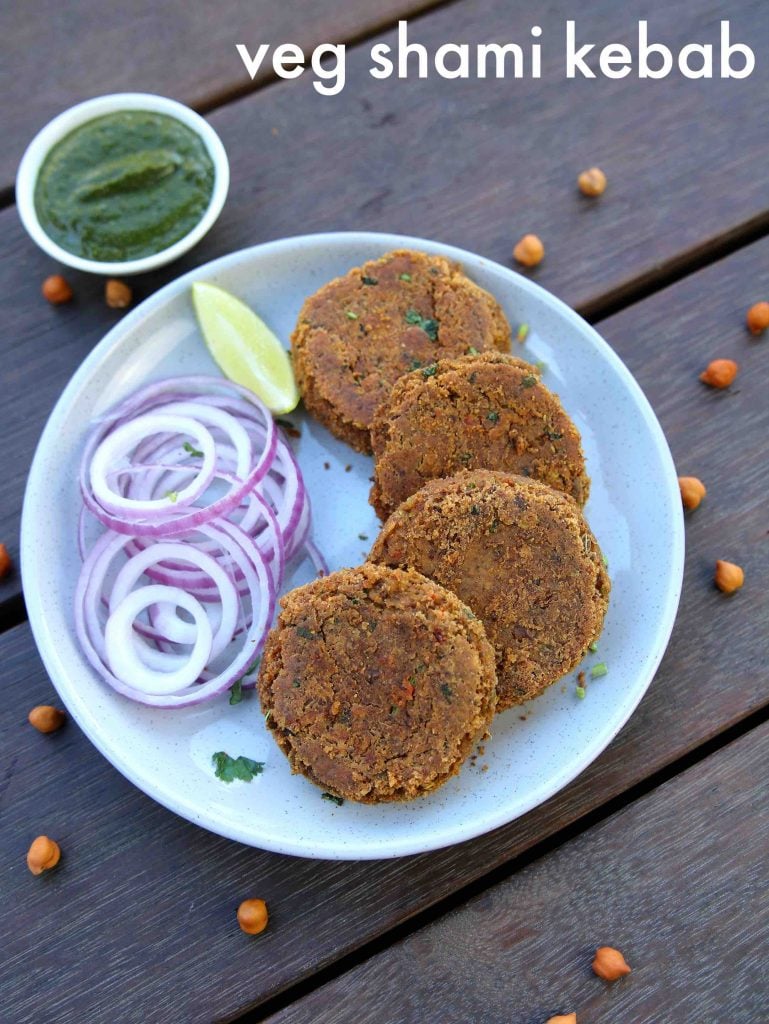 Table of Contents hide
1 watch video
2 recipe card
3 ingredients
4 step by step photos
5 notes
6 bisi bele bath recipe with homemade masala
shami kabab recipe | shami kebab recipe | how to make veg shami kebab with step by step photo and video recipe. kebab recipes are very popular snack recipes, not only in indian and pakistan but also in the middle east and western countries. out of these shami kebab recipe is hugely popular patty recipe within south-east asian countries. it is particularly a sought after snack during the fasting season of ramadan.

as i mentioned previously, shami kabab recipe can be prepared in myriad ways with several ingredients. this recipe is mainly prepared with vegetarian ingredients for the non-meat eaters. but the most popular is still with the meat, especially with the chicken meat. having said that, the meat-based kebab still uses the black chickpeas and the egg yolk to bind the meat and finally to shape it. contrary to this recipe, i have used all the vegetarian alternative with only black ground chickpeas. also, as an alternative to egg yolk, i have used besan / gram flour which helps to bind while frying. thus making an ideal shami kebab vegetarian alternative. 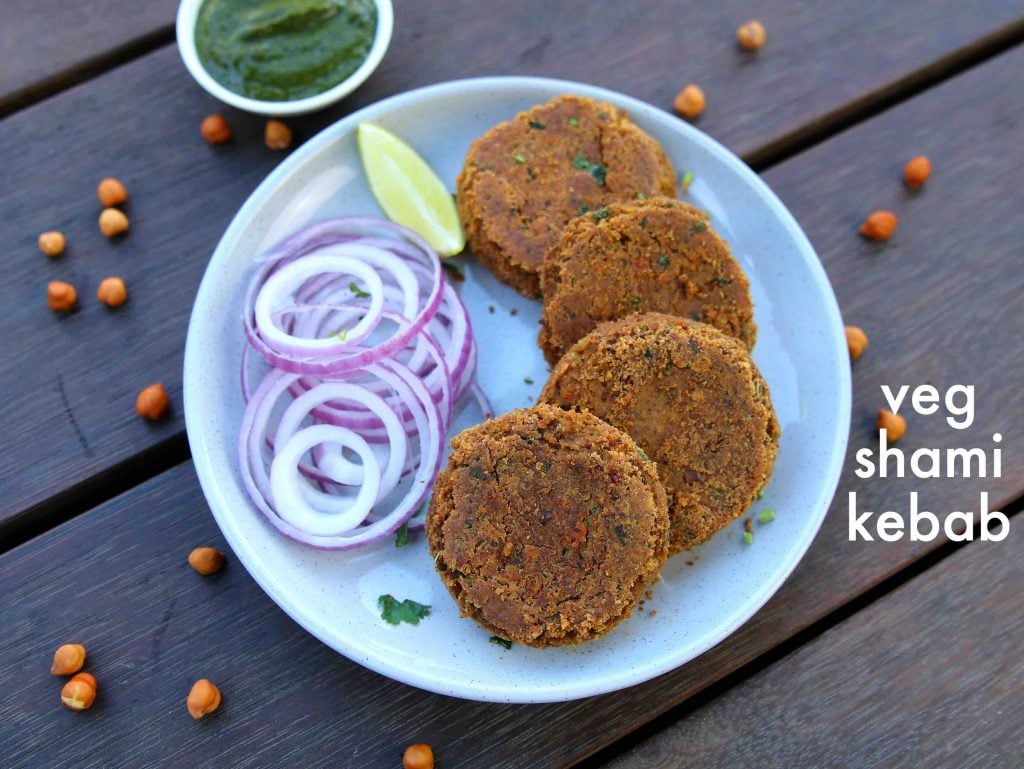 furthermore, i would like to add some tips and recommendations while preparing shami kabab recipe. firstly, the recipe is commonly prepared with black ground chickpeas however you can use other alternatives too. for example, you can use chana dal, white chickpeas (similar to falafel recipe) which should make evenly good. secondly, i have pan fried these kebabs yielding crisp and golden brown colored kebabs. but it can also be deep fried or shallow fried for the healthier option. lastly, the outer coating is not necessary, as chickpea gives a crunchy texture. but you can also use bread crumbs, crushed oats, bread slices or rusk powder for a more crunchy bite.

how to make shami kabab with step by step photo: