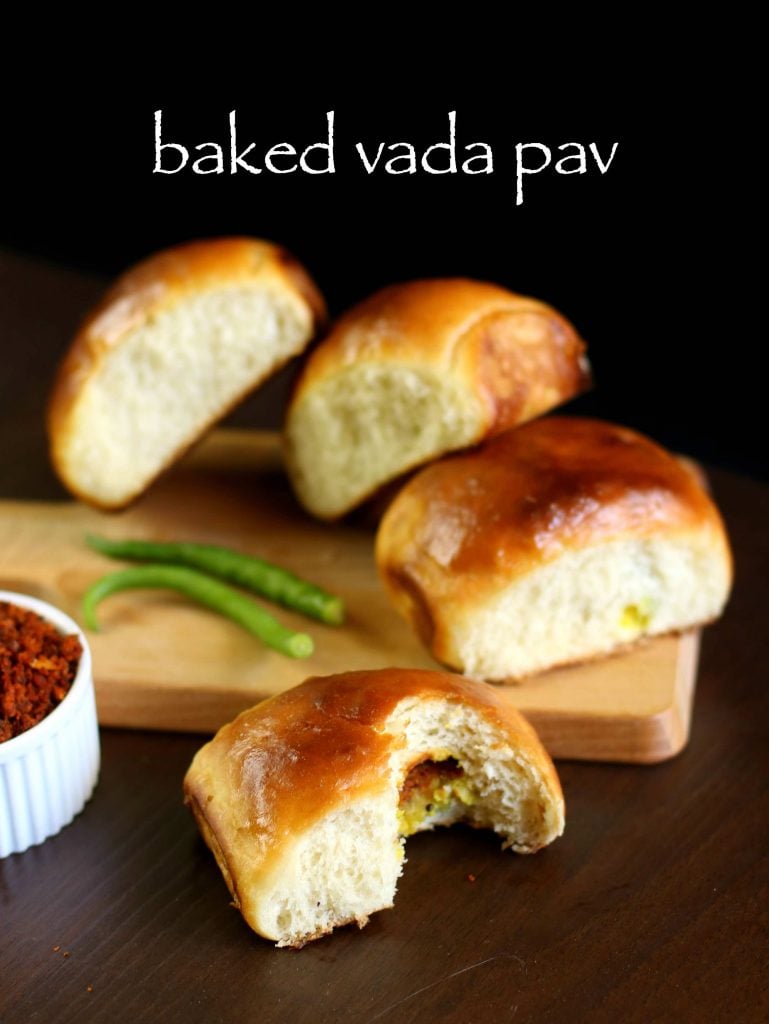 Table of Contents hide
1 watch video
2 recipe card
3 ingredients
4 step by step photos
5 aloo stuffing recipe
6 pav recipe
7 baked vada pav recipe
8 notes
9 sprouts dosa recipe – weight loss recipes
baked vada pav recipe | masala bun recipe | ladi pav recipe with step by step photo and video recipe. traditionally the vada pav recipe is prepared by stuffing the deep fried vada in between of a pav or bread. the vada’s are prepared by coating the aloo bhaji with besan batter and then deep fried. however, in this recipe the aloo or potato bhaji is stuffed with thin the bread dough which is later baked in oven.

i have already shared the traditional maharashtra’s or mumbai’s famous vada pav recipe. however i was getting several request for healthy oil free snacks and also for pav recipe. hence i thought of clubbing together to prepare the most famous indian burger in oven. more importantly, the same procedure and steps can be followed to prepare the pav recipe or ladi pav recipe. obviously this would be without stuffing of aloo bhaji or potato masala. this indian burger street food or fast food recipe of vada pav can be eaten as a snack, or breakfast with green chilli and dry garlic chutney. 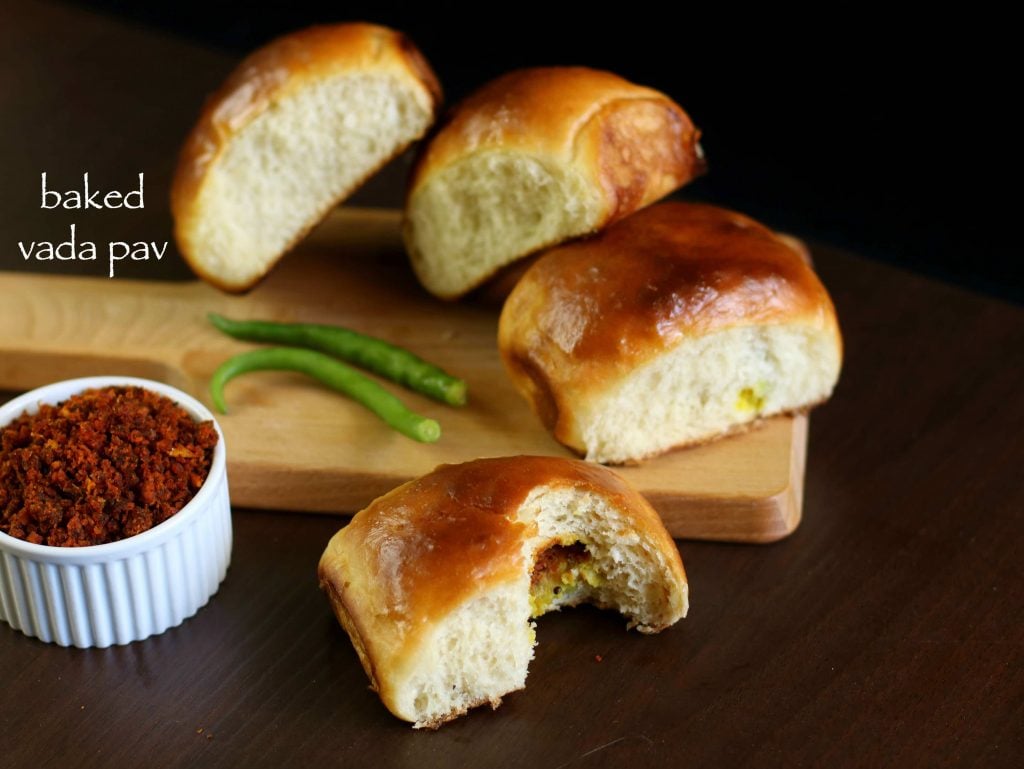 while the steps involved in this recipes are straight forward, but few key factors to be considered. firstly, i have used normal water to knead the dough, where as milk can also be used for more soft and fluffy texture. secondly, once the balls are shaped, do not touch it as it may puncture the balls and may not rise. also once shaped, do not bake it immediately and rest it for minimum 30 mins. this step will ensure the balls to raise and come out with proper shape. lastly, once the pav are baked, apply butter on top of the bread which helps the pav to have nice color and also to turn soft.

finally, i would like to highlight my other snacks recipes collection from my blog. this primarily includes, mirchi bajji, palak pakora, onion pakora, kurkuri bhindi, onion samosa, veg bonda and garlic bread recipe. also do visit my other indian recipes collection board like, 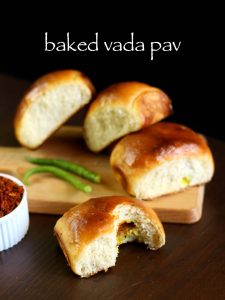 how to make baked vada pav or masala bun with step by step photo: