gatte ki sabji recipe | gatte ki sabzi recipe | besan ke gatte recipe with detailed photo and video recipe. a traditional rajasthani curry recipe made with besan sausages cooked in a spicy yogurt based gravy. the recipe is generally made without a tomato and onion based gravy with curd as its base for the dish. hence it is also popularly known as rajasthani gatte ki kadhi recipe. 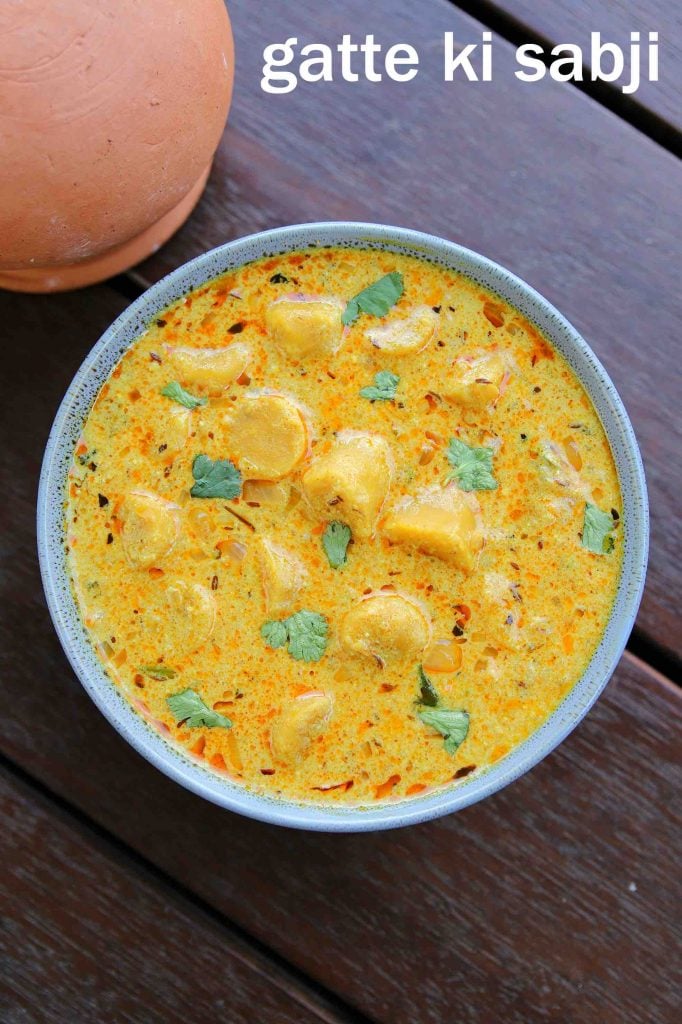 the demographics of rajasthan has a strong influence in its cuisine and curries. and it is clearly evident in this recipe, especially with the usage of besan dumplings, as an alternative to vegetables. even the gravy sauce is generally made with dahi or yogurt which not only provides the sourness to the curry but also gives consistency and texture. this is mainly due to the unavailability of locally grown fresh vegetables and fruits. however, due to urbanization, many authentic rajasthani cuisines has embraced vegetables like onions and tomatoes and can be seen in many recipes. having said that, i have not used tomatoes in this gatte ki sabji recipe and can be used as required for the gravy base. 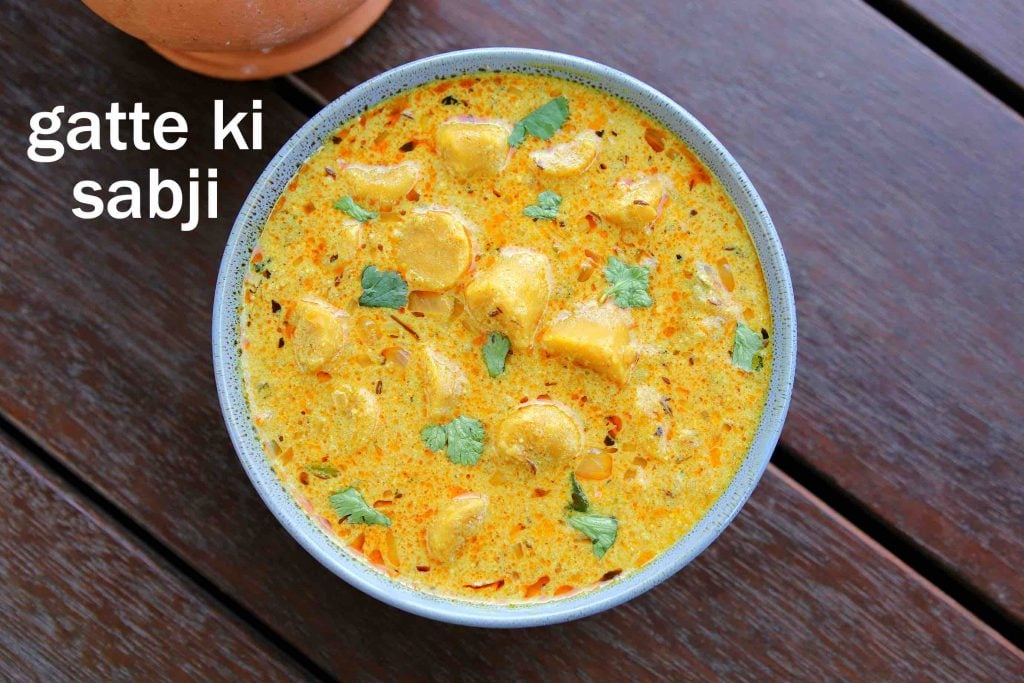 the gatte ki sabji recipe is easy and simple but can be time-consuming, hence some tips to make it easier. firstly, the besan dumplings can be cooked well ahead in advance and can be added to the gravy while preparing the curry. thus reducing the preparation time for the end to end dish. secondly, chickpeas flour or besan flour may cause indigestion to few. this can be avoided by adding carom seeds to the besan dough while preparing the gatte. lastly, do not forget to whisk the curd before adding to the heated sauce pan. there are high chances that, the curd may curdle if not whisked properly. 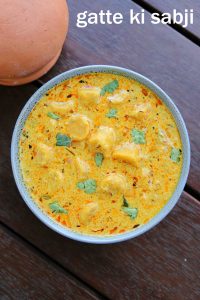 how to make gatte ki sabji step by step photo: