chashni wali gujiya | chasni gujiya | mawa gujiya dipped in sugar syrup with detailed photo and video recipe. an interesting way of making gujiya recipe made with milk solids and dry fruit stuffing. in addition, the deep fried gujiya is dipped in mildly sweetened sugar syrup to make it more attractive and tasty. these type of gujiya is specially made during the festival seasons, especially for holi and diwali festival. 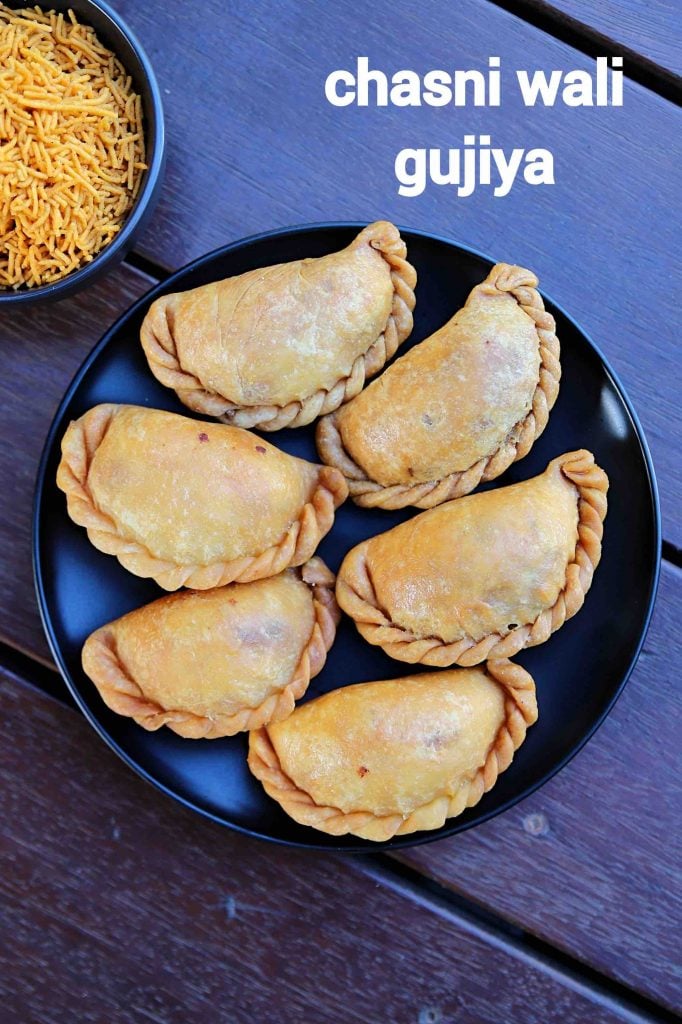 Table of Contents hide
1 watch video
2 recipe card
3 ingredients
4 step by step photos
5 gujiya dough prepartion
6 instant mawa or khova preparation
7 stuffing preparation
8 sugar syrup preparation
9 gujiya shaping and frying
10 chasni wali gujiya
11 notes
chashni wali gujiya | chasni gujiya | mawa gujiya dipped in sugar syrup with step by step photo and video recipe. gujiya recipes are common across india and are made for different reasons. as a matter of fact, it is made with different stuffings too and each stuffings has its own purpose and rationale. this recipe is dedicated to mawa or khoya stuffing dipped in sugar syrup known as chashni wali gujiya recipe.

i have already posted the other variations of gujiya with sugar, jaggery and coconut stuffing. but i always wanted to share the mawa or khoya stuffed gujiya. i was just waiting for a rite moment. while the holi festival is around the corner and i thought of sharing it as holi dessert. as a matter of fact, in north india, especially in uttar pradesh and is served with dry fruit milk or bhaang drink. in addition the same recipe may also be referred to chandrakala or suryakala sweet recipe too in south india. while the shape of it may be different but the stuffing and the process are very similar. i personally feel the gujiya is better to be shaped comparing the south indian version. 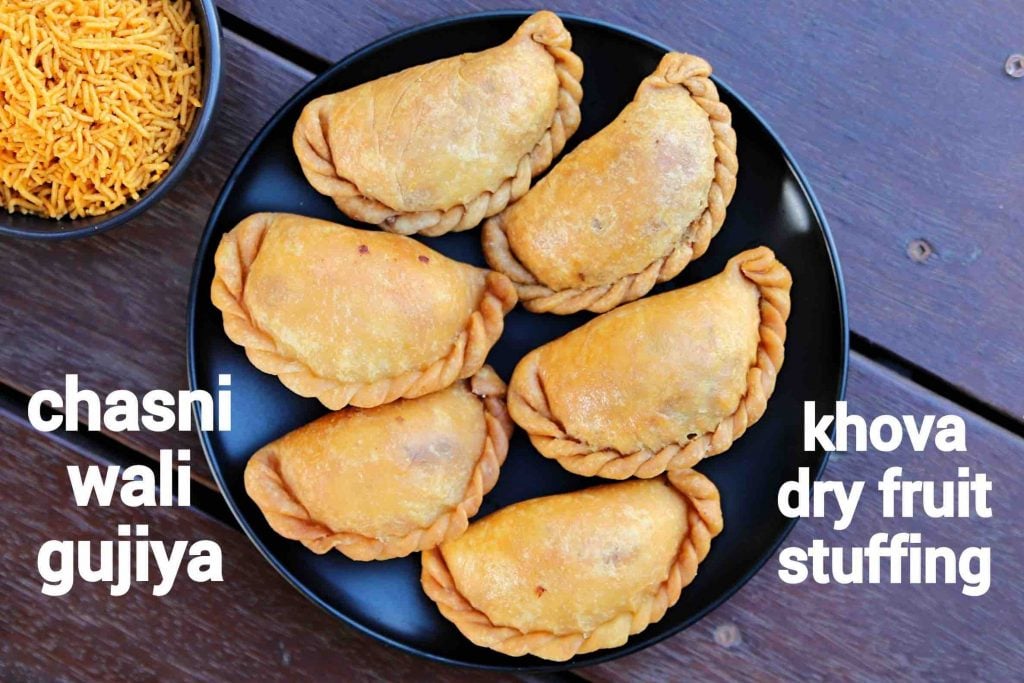 furthermore i would like to highlight some tips, tricks and variations to the chashni wali gujiya recipe. firstly, i have made this recipe with plain flour or maida as an authentic recipe. but this recipe can also be made with wheat flour or atta to give it an healthy perspective. secondly, i have made the instant milk mawa or khoya made with milk powder mixed with dry fruits like raisin, almonds and cashews. but this recipe tastes great when made with traditionally made khoya or mawa milk solids. finally dipping the deep fried gujiya in sugar syrup makes it complete. but some find may overwhelming with too much sugar with the recipe. hence you can skip it and serve it as it without dipping in sugar syrup. 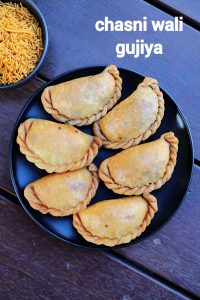 how to make chasni gujiya with step by step photo: