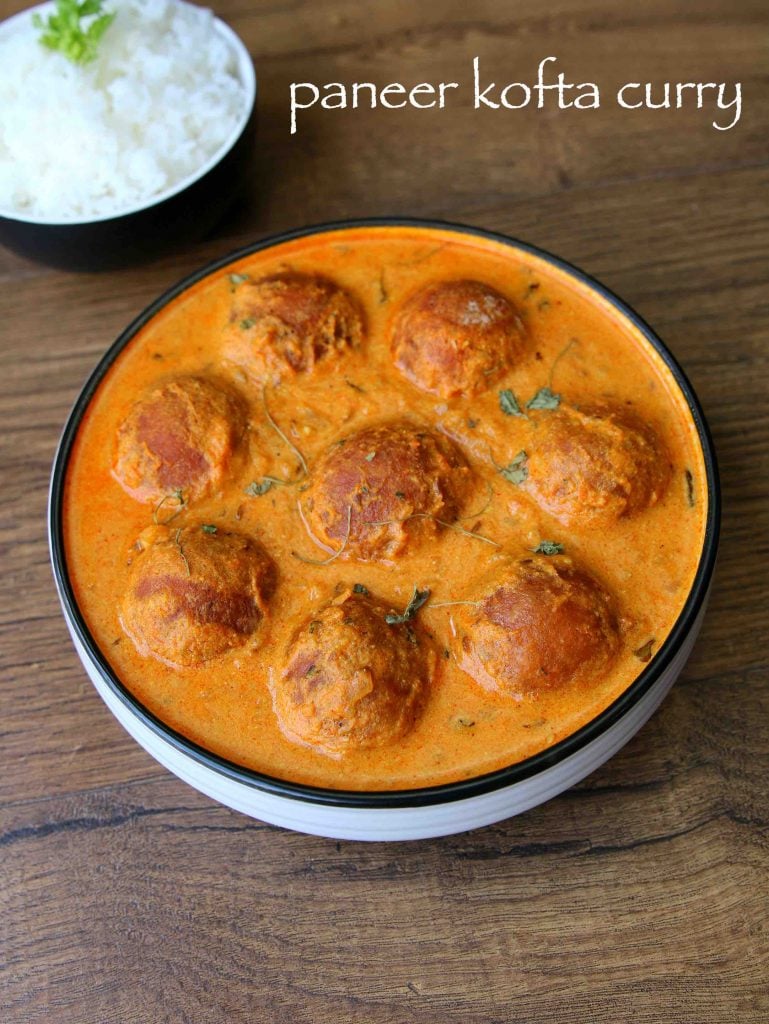 the kofta’s are basically a small round shaped balls stuffed with either meat or choice of veggies. typically kofta or kofte’s are prepared with grounded minced meat which is later fried till crisp. however in india the kofta’s are generally vegetarian and are prepared with vegetables or paneer. you can easily find paneer kofta, aloo kofta, lauki kofta, banana kofta and even mixed vegetables kofta recipe. generally these fried kofta’s are then sautéed and simmered in thick creamy tomato and onion based spicy curry / gravy. out of all the kofta curry recipe, paneer kofta curry and malai kofta recipe is my personal favourite and i typically enjoy it with tandoori roti and garlic naan. 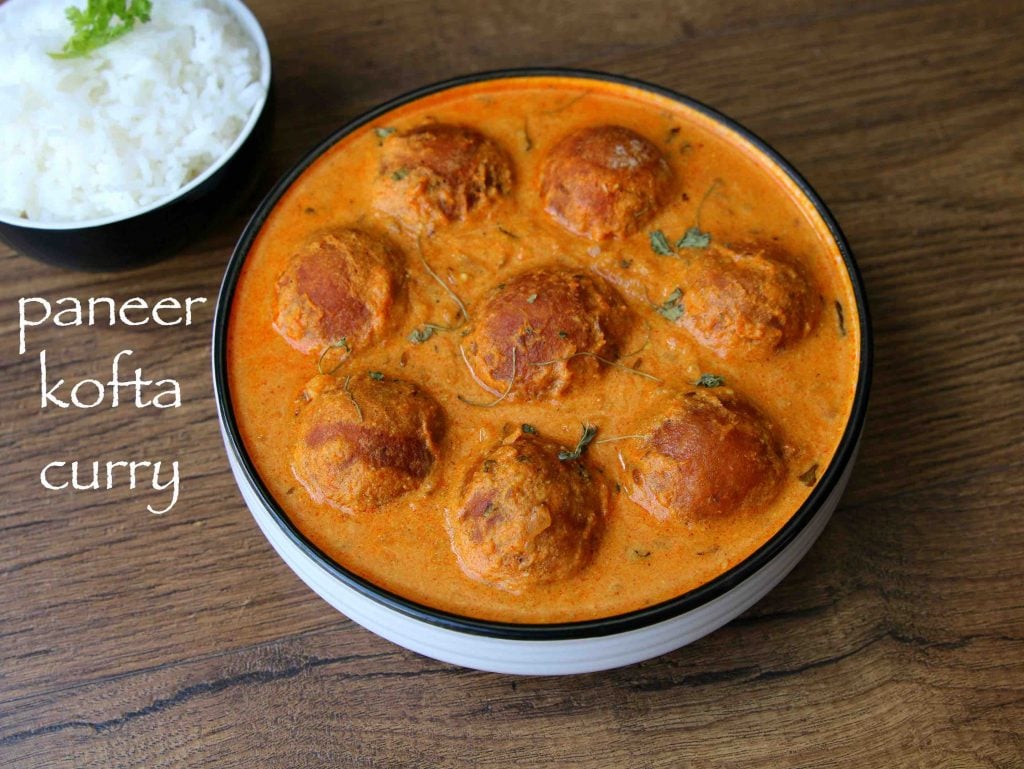 i would like to add few tips and recommendations for a perfect and soft paneer kofta recipe. firstly, i have used home-made paneer and i was able grate it evenly without any lumps. i would heavily recommend to use soft, moist and fresh paneer for the recipe. if you are using a store bought one, make sure it soft and fresh. secondly, add dry fruits like cashew or raisins to enhance the flavour of kofta. finally, i prefer my kofta to be crisp while serving, if you do not; then break them roughly and add to curry.

finally i would like to highlight my other indian curry recipes or sabzi recipes with this post of paneer kofta recipe. it mainly includes recipes like, paneer mutter, aloo gobi, palak paneer, paneer masala, soya chunks curry, veg kurma and veg makhanwala recipe. in addition do not forget to check my other recipes collection like, 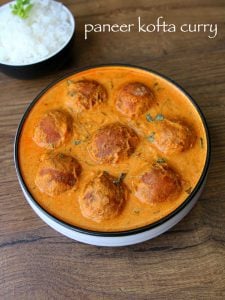 how to make paneer kofta with step by step photo: