malabar biriyani recipe | how to make malabar biryani | malabar dum biriyani with detailed photo and video recipe. a unique and flavoured dum biriyani recipe, made with jeerakasala rice and biryani curry. this dish is typically prepared in the state of kerala or particularly in the malabar region and hence the name. the recipe is prepared almost exactly the same as any dum biryani but with a different rice. 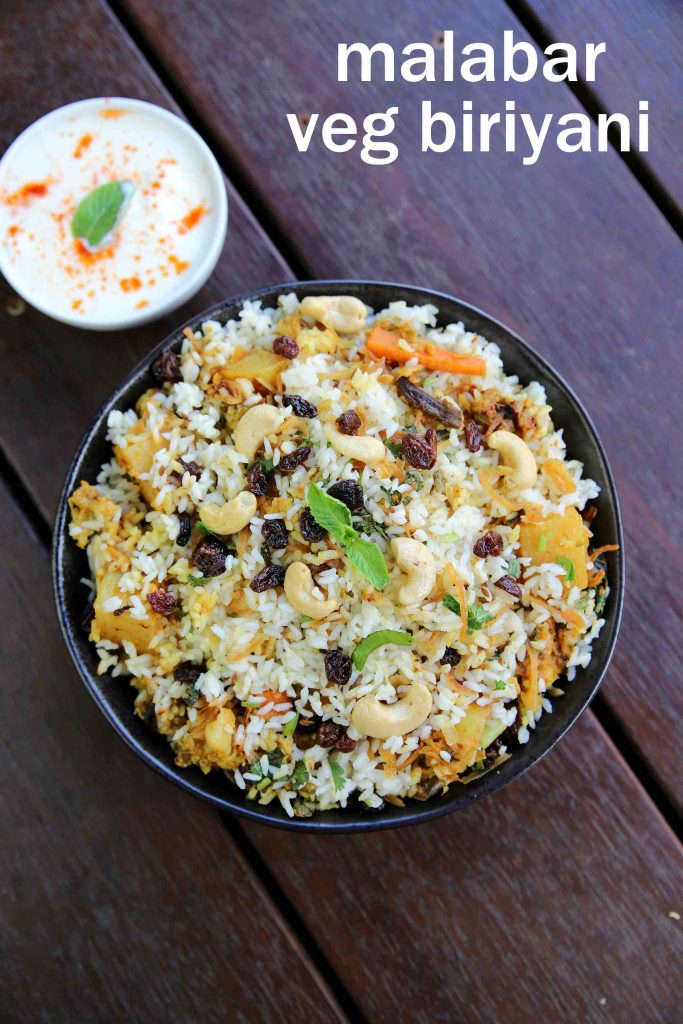 i have posted several biryani recipes ranging from dum style cooking or pressure cooked biryani to instant biryani recipe. but this recipe is very unique out of all. basically, the rice used in this recipe is different is a short-grained rice as compared to the long grained rice or basmati in the traditional biryani recipe. it is known as jeerakasala rice / kaima rice which is easy and quick to prepare. it narrowly takes 10 minutes to cook. once the rice is cooked it is used to layer with the biriyani curry, which is almost the same as the traditional one. further, this recipe is generally made with meat, particularly with chicken. but i have extended the recipe for non-meat eaters with veg malabar biriyani. 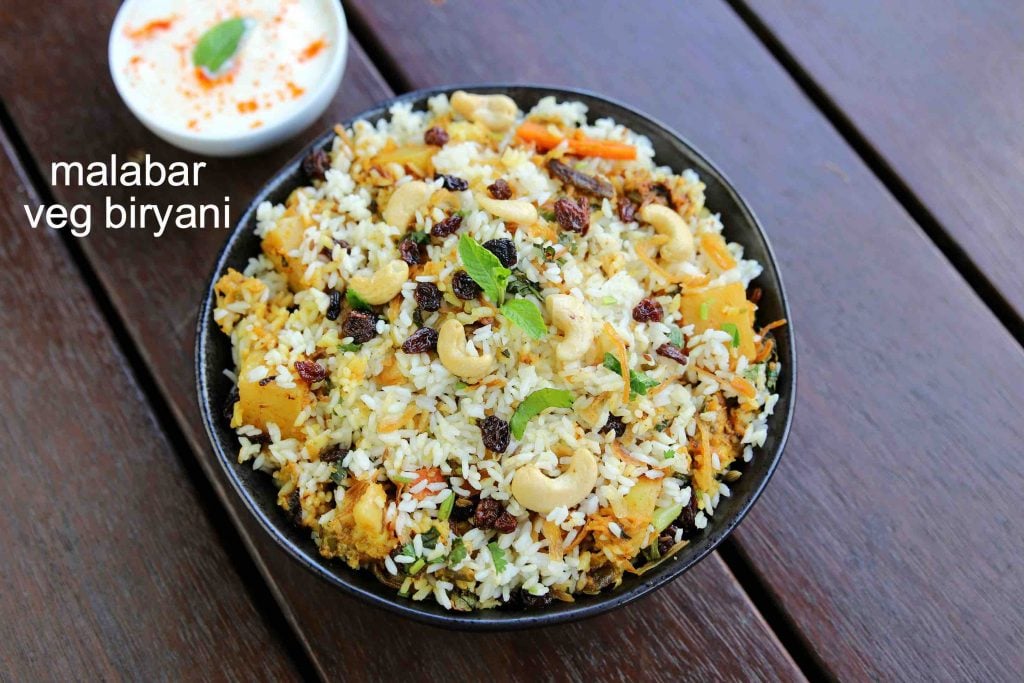 in addition, some easy tips, suggestions and recommendations for a perfect malabar biriyani recipe. firstly, this recipe is derived from the meat-based malabar biryani for the non-meat eaters. having said that, it can also be prepared with meat and added to the biriyani curry. i am not experienced with meat-based cooking but it should be good. secondly, the same recipe can be prepared with basmati rice too if you do not have access to kaima rice. but traditional recipe is always prepared with kaima rice. lastly, the recipe tastes great when served next day. basically the rice and curry mixes well and the aroma is well absorbed. 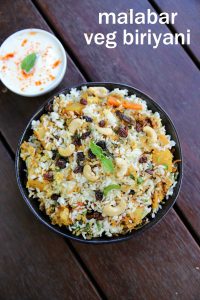 how to make malabar biryani with step by step photo: