semiya biryani recipe | vermicelli biryani | seviyan biryani recipe with detailed photo and video recipe. a unique and fusion recipe of biryani made with vermicelli or semiya. it can be an easy and healthy alternative for those who cannot have rice or rice-based recipe on their diet. the recipe is made with the same ingredients and spices as a traditional biryani and only the rice is replaced with the vermicelli noodles. 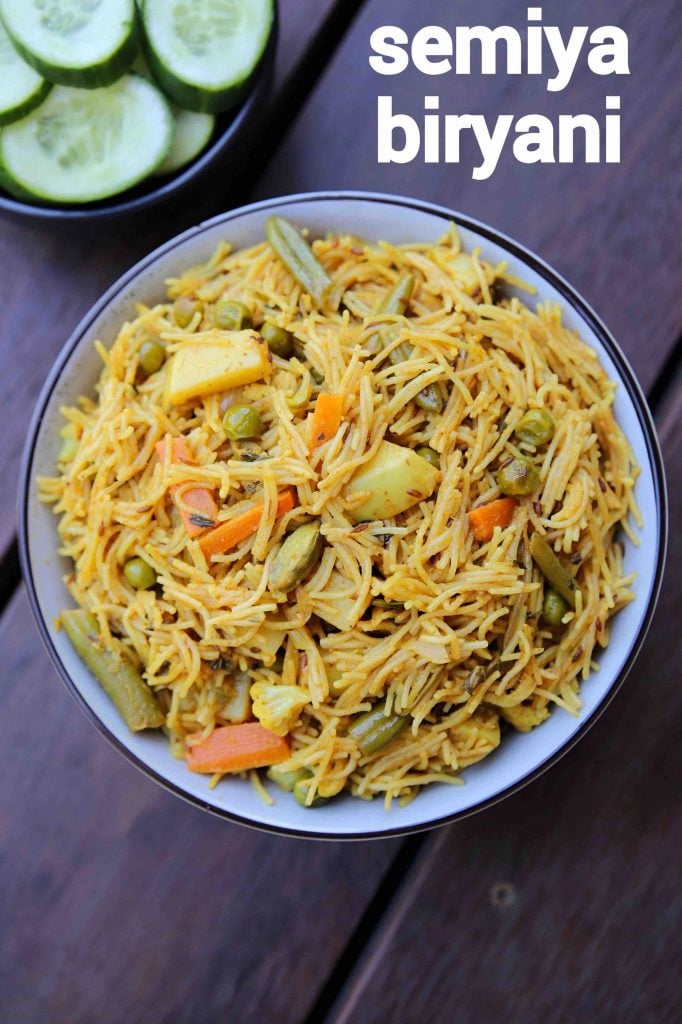 Table of Contents hide
1 watch video
2 recipe card
3 ingredients
4 step by step photos
5 notes
6 crispy bedmi poori & aloo ki sabzi – delhi street
semiya biryani recipe | vermicelli biryani | seviyan biryani recipe with step by step photo and video recipe. biryani recipes are very common in india and are generally made with different rice varieties. But not all can have rice-based recipe due to the dietary requirement or perhaps other reasons. this recipe of semiya biryani is dedicated to those who desire to satisfy the biryani craving yet avoid carbs from rice.

i have always been a huge fan of biryani recipes, and i personally love to cook and serve biryani to my friends and family. hence i always keep looking for new variations and ways to cook it. while i was continuously exploring, i got this fantastic idea of semiya biryani recipe from one of the new indian restaurant opened near to my place. even though i have not tasted it first hand from that restaurant, i really liked the idea and concept. as a matter fact they even served poha biryani and rava biryani which is in my bucket list for next videos. i was hoping to make this for my breakfast, but i soon realized that it is an ideal lunch box recipe. 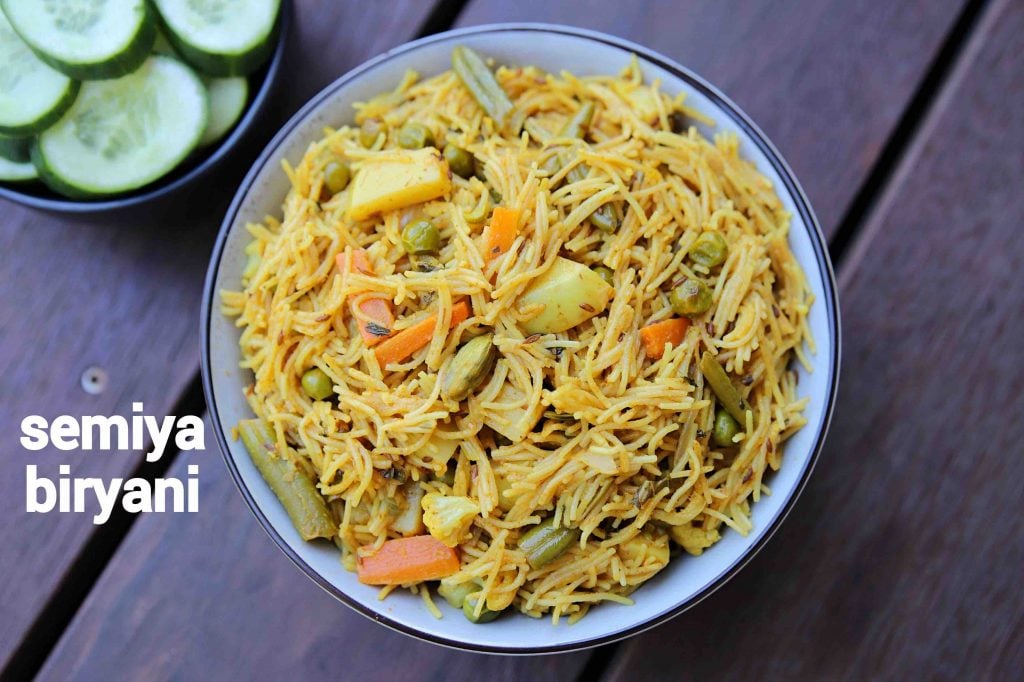 the semiya biryani recipe isn’t that complicated, but you may have to follow some tips and suggestions to make it perfect. firstly, ensure to roast the semiya before you start with biryani gravy. the semiya has to cool down before it is mixed with gravy. also once the vermicelli is added to gravy it only required 4-5 minutes to get cooked. so plan it accordingly. secondly, you may want to reduce the size of veggies used for this recipe. note that in rice-based biryani, veggies are chopped in fairly large size. lastly, you can also attempt to cook this recipe via dum style. you may have to boil/cook the vermicelli separately and then layer it once the gravy is ready. 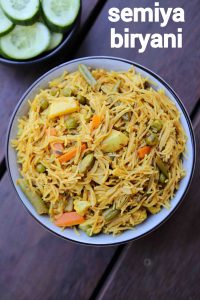 how to make vermicelli biryani with step by step photo: