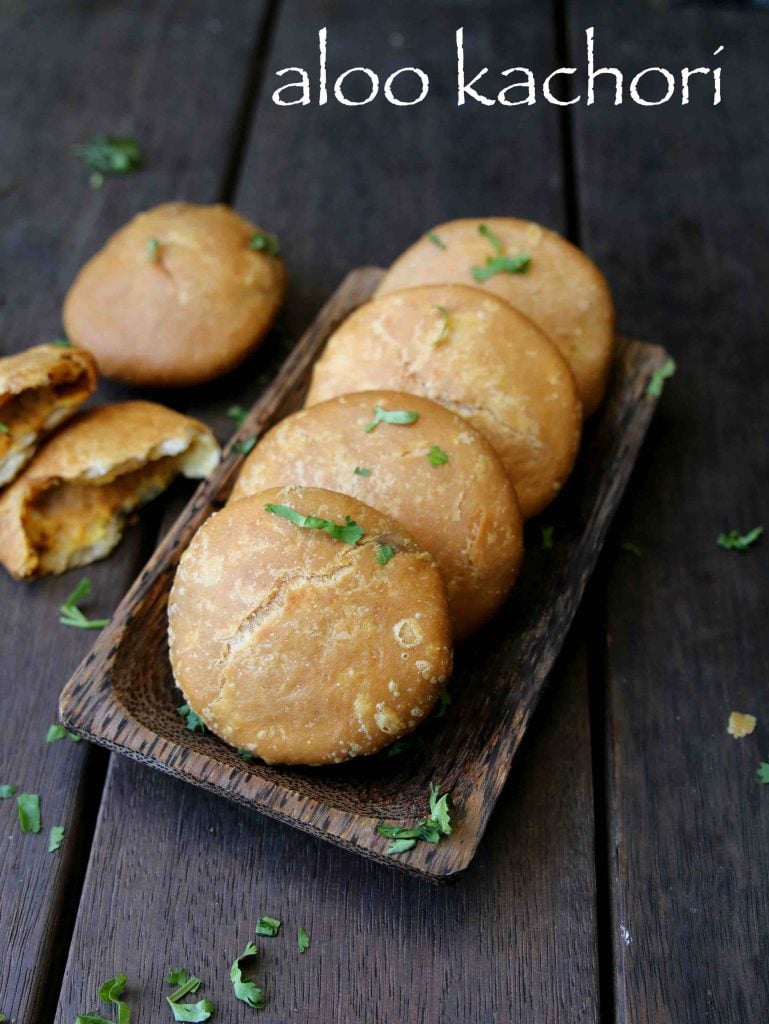 aloo kachori recipe | aloo ki kachori recipe | potato stuffed kachori with step by step photo and video recipe. kachori’s can be prepared with various stuffing and the stuffing varies from region to region. aloo ki kachori is a famous north indian street food snack recipe and is particularly popular in uttar pradesh and agra. in north india it is generally served with green chutney or tomato ketchup which enhances its taste.

i have share quite a few variety of kachori recipe till now but aloo kachori recipe is my new favourite recipe. i personally love the crisp layered texture of the kachori with the aloo masala or potato masala. the best part of this recipe is the same dough and stuffing can be easily extended to aloo samosa or party samosa recipe. hence i make sure to keep the dough ready and prepare either one of them especially for surprised guests. moreover the potato stuffed kachori’s can be easily extended to kachori chaat which even tastes great than any other kachori’s. perhaps it is because of the potato masala used in the stuffing and it enhances the taste. 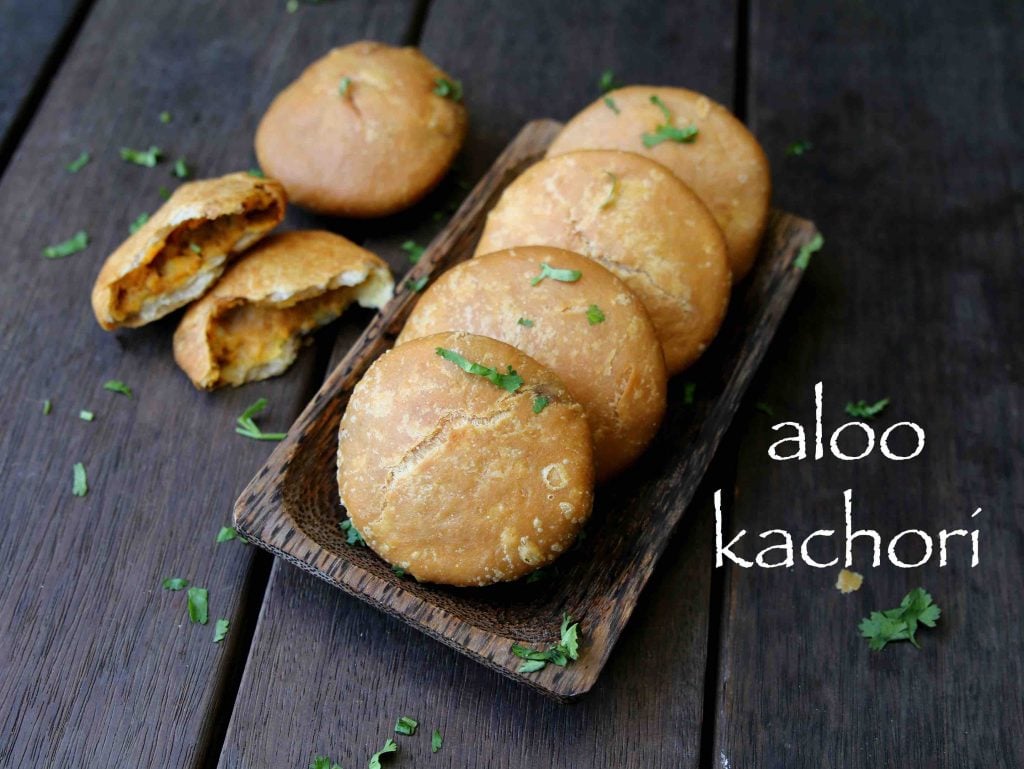 furthermore, some important tips, variations and serving suggestion for aloo ki kachori recipe. firstly, i have added ghee or clarified butter to all purpose flour or maida even before kneading it. also i have crumbled the flour with ghee so that the kachori’s turn flaky and crisp. secondly fry the kachori’s on a low to medium flame similar to samosa’s or any other kachori recipe. note that the stuffing and the inner layer has to be cooked evenly and the same cannot be achieved with high flame. lastly the kachori’s can be served as it is but tastes great when served with the combination of mint chutney and sweet tamarind chutney. 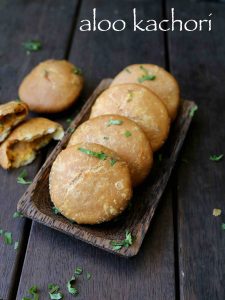 how to make aloo kachori recipe with step by step photo: