aloo chop recipe | alu chop recipe | bengali alur chop with detailed photo and video recipe. a popular evening street snack from kolkatta made with mashed potatoes and besan coating. it is a deep fried snack and can be served along with any choice of spicy chutney or tomato ketchup sauces. in addition, these potato cutlets can also be served as patty and can be stuffed between sandwich, burgers or even kathi rolls. 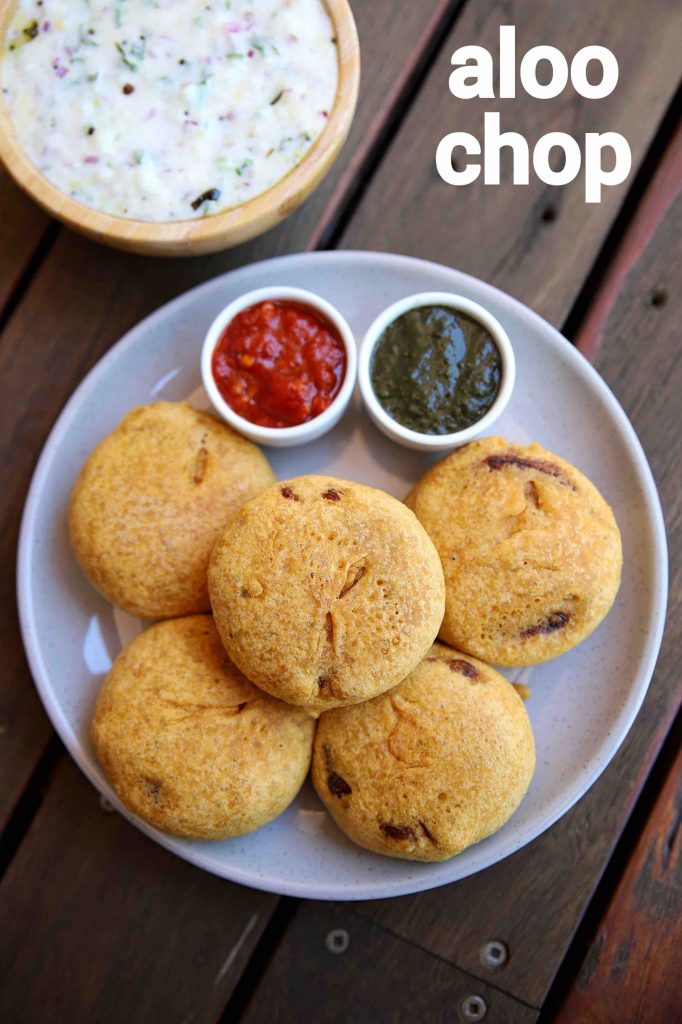 the recipe for aloo chop is very similar to the other potato-based snack recipes like aloo cutlet or aloo tikki recipe. in addition, it can also be termed as far cousin of aloo bonda or batata vada recipe made for vada pav. but there is the subtle difference which makes alu chop recipe unique and distinctive. the major difference lies within the potato stuffing which is spiced with ginger, chillies and even chopped onions. the next step is to shape the mashed potatoes like tikki or patties before deep frying them. these tikki’s are later dipped in a thin chickpea batter before deep frying them until crisp. 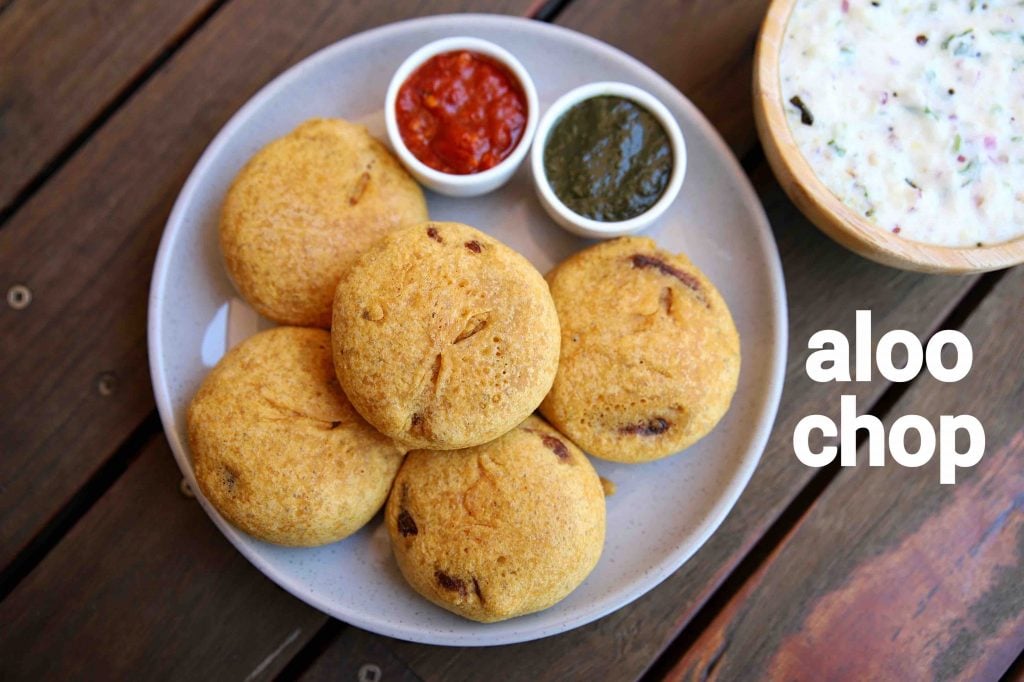 furthermore, i would like to add some easy and important tips and suggestions for a perfect aloo chop recipe. firstly, in this recipe, i have boiled the potatoes separately in a pressure cooker and used a grater to mash it. moreover, i ensured that there is very little moisture within the mashed potatoes. secondly, you can shape these alu chop as you wish too. i have shaped it similar to aloo tikki but you can shape it with shaper or cylindrical in shape. lastly, deep fry these cutlets in a low to medium flame till it is evenly cooked. in addition, you can add corn flour as an alternative to rice flour to make it even more crispy. 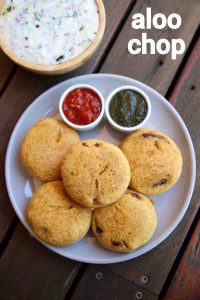 how to make alu chop with step by step photo: