chinese bhel recipe | crispy noodle salad | how to make chinese bhel with detailed photo and video recipe. a unique adaptation of chinese recipe to the indian street food – bhel recipe is prepared with fried noodles. it is mainly originated from mumbai as an indo chinese street food recipe and served mainly as an evening snack recipe. 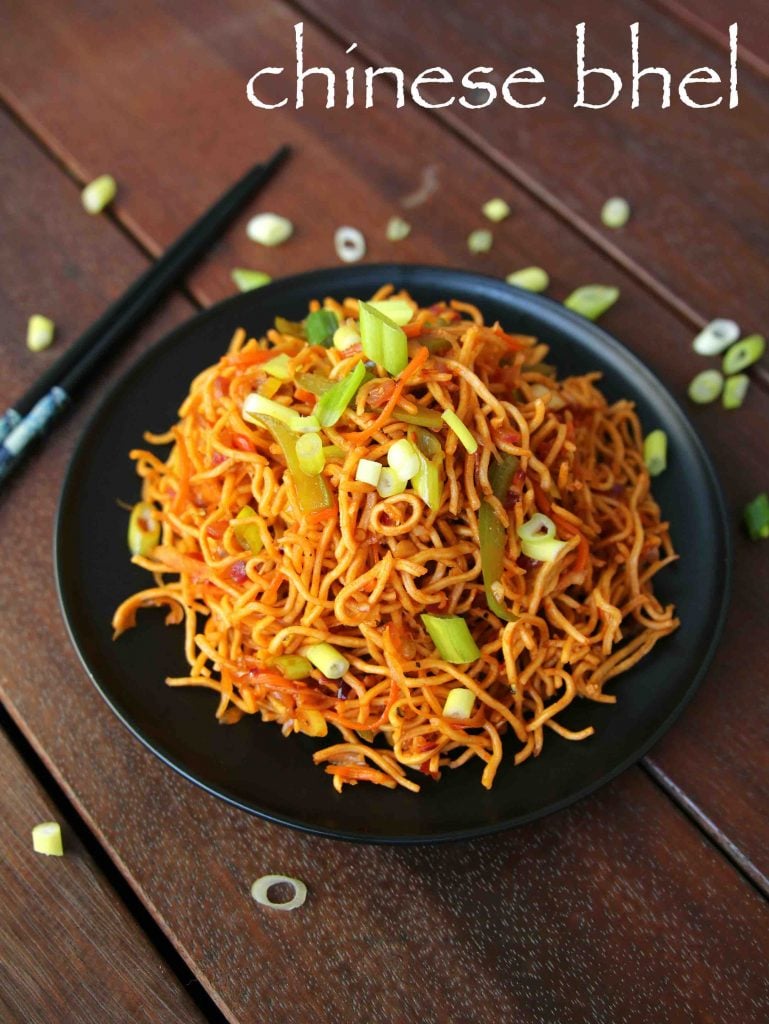 to be honest, i am not a great fan of this fusion of chinese bhel recipe compared to the traditional bhel recipe. but i cannot deny the fact there is a huge fan following out there for this unique crispy noodle salad with sweet and spicy sauce coated all over fried noodles. as matter of fact, i was getting several requests for this street food from my readers. and i was really surprised to see the craving from my readers. hence i decided to prepare it with my leftover hakka noodles packet. so basically i have boiled the noodles till it is cooked and then deep fried it till it is crisp. later i mixed it with sauces and veggies to prepare crispy noodle salad. it is a simple dish to prepare and can be prepared with any choice of sliced veggies. 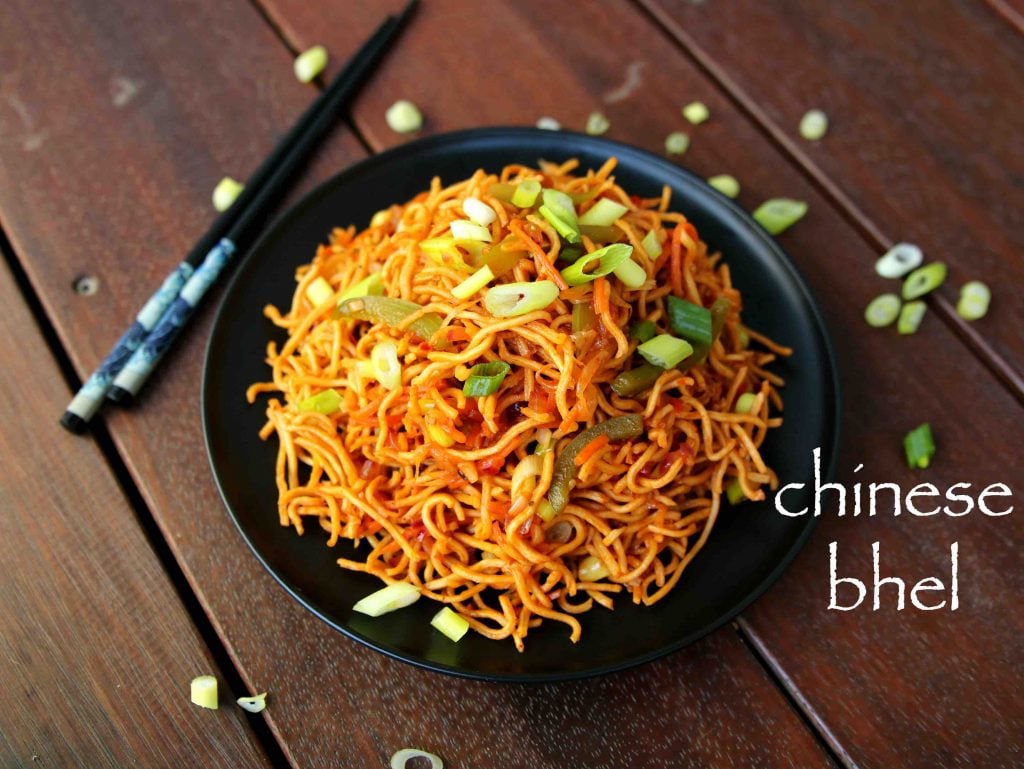 the recipe for chinese bhel recipe is extremely simple, yet some tips and suggestions while preparing it. firstly, i have used home-made crisp fried noodle using the hakka noodles packet. alternatively, you can use the store-bought fried noodles to hasten the process. secondly, the addition of veggies is completely open-ended and can be experimented with beans, broccoli, snow pea and sprouts. but make sure to slice them thinly before adding and sautéing it. lastly, the dish has to be served immediately once it has been prepared. otherwise, the crispiness of the noodles would be lost and may turn soggy. 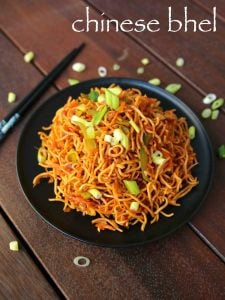 how to make chinese bhel with step by step photo: