rava chakli recipe | rava murukku | sooji chakli | suji murukku with detailed photo and video recipe. an interesting and fusion chakli recipe made with semolina and rice flour. it offers the same taste and crispiness as the traditional, but offers a less hassle and much easier recipe. it can be prepared for the same occasions and festival celebrations as a traditional one, but can also be made as a simple and easy snack. 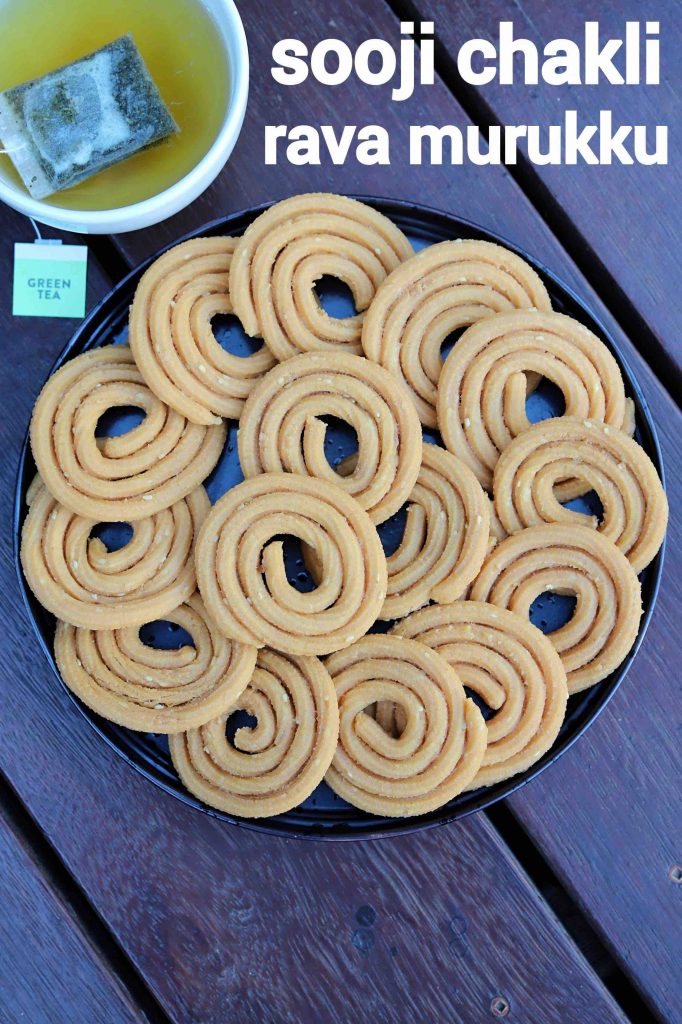 Table of Contents hide
1 watch video
2 recipe card
3 ingredients
4 step by step photos
5 notes
rava chakli recipe | rava murukku | sooji chakli | suji murukku with step by step photo and video recipe. deep fried snacks or particularly chakli & murukku recipes are very common across india. it is made with different ingredients combination for different purpose and occasion. one such popular chakli recipe is semolina based murukku which has to offer the same taste of rice & urad dal based chakli recipe.

as i mentioned previously, rava chakli recipe is a fusion recipe and not a common choice to satisfy the chakli cravings. the traditional one is made with rice and urad dal combination and is the most preferred one. but trust me making the suji murukku is much easier and also less hassle compared to rice-based chakli. having said that, any dish with rava would eventually soak more oil when deep fried. i personally felt sooji chakli was more oily compared to rice one. you can easily notice the oil stains when you store in an airtight container. i would recommend having the protection of tissue paper at the bottom of the container to soak the oil. yet these chaklis would not disappoint you with its taste and crispiness. 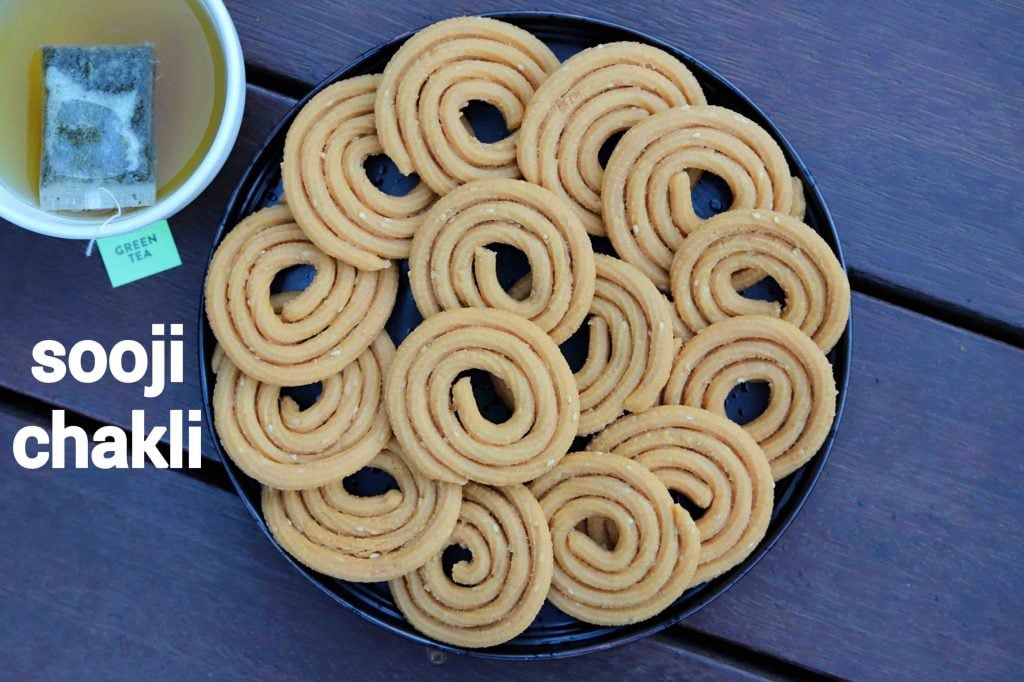 furthermore, some easy and important tips, suggestions and variations for a perfect crispy rava chakli recipe. firstly, i would heavily recommend using fine semolina or sooji to make these chaklis. you can use medium sized or bombay rava but i would avoid using coarse semolina. secondly, you can shape it to any form and you can either follow the traditional chakli shape or have random suji murukku sticks. in other words, if the width of chakli star is small, then i would fall back to simple murukku sticks. lastly, avoid deep frying these in a high flame and deep fry these in small batches. medium to low heat is apt to cook it evenly.

finally, i would like to highlight my other detailed deep fried snacks recipes collection with this post of rava chakli recipe. it mainly includes recipe like butter murukku, instant chakli, rice chakli, nippattu, ring murukku, ribbon pakoda, khara boondi, kara sev and shankarpali recipe. in addition, do visit my other related recipes collection like, 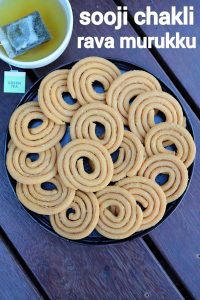 how to make rava murukku with step by step photo: