samosa recipe | samosa banane ki vidhi | samosa banane ka tarika | aloo samosa with detailed photo and video recipe. an ultra-popular deep fried snack recipe made with spiced potatoes and plain flour. it is a popular entree, appetizers or even as a street food snack with an extension as chaat recipe to it. as a snack, it can be consumed as it with wide a range of chutney recipes like dahi chutney, imli chutney & green chutney. 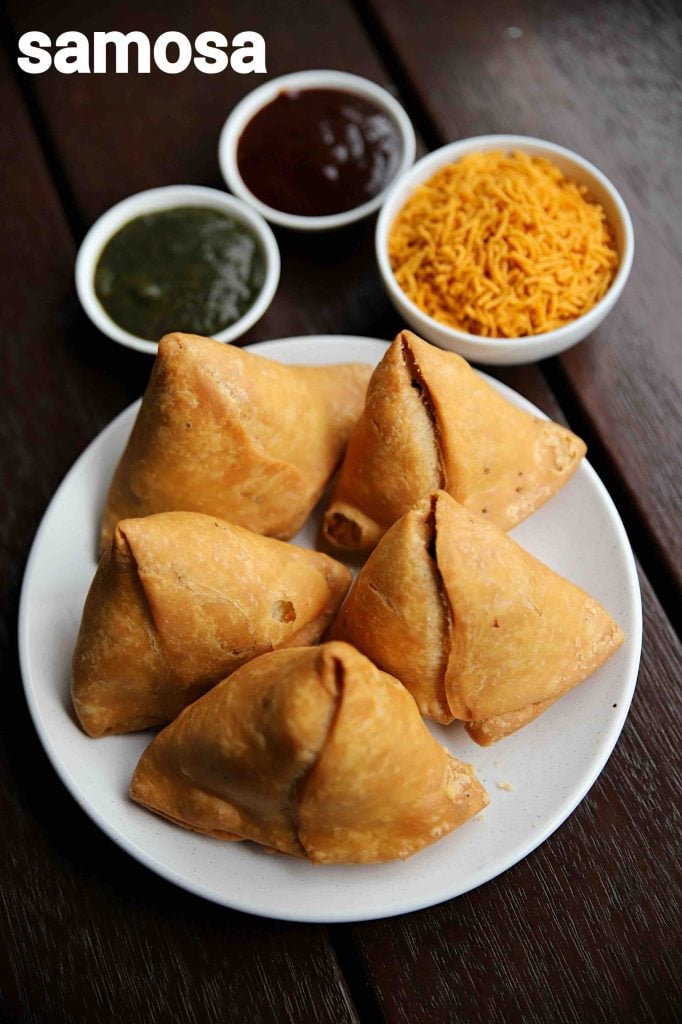 samosa recipe | samosa banane ki vidhi | samosa banane ka tarika | aloo samosa with step by step photo and video recipe. there are myriad deep fried snack recipes across indian cuisine, but samosa is an undisputed king of it. there are different types or extension recipe to the traditional potato stuffed samosa. but this recipe post sticks back to the traditional punjabi aloo stuffed deep fried samosa recipe.

as i mentioned previously, there are hundreds of ways to make deep fried punjabi samosa recipe across india. the variation mainly depends upon the stuffing, covering, shape and also how it is cooked. the mother of all these variations is the traditional one where, spiced and mashed potatoes are used to stuff inside a cone, made from plain flour dough. as matter of fact, preparing this cone shape can be tricky and can also be overwhelming for many cooks. while the aloo stuffing preparation can take hardly few minutes as it no brainer, but shaping the samosa can take a while to master it. in this recipe post and also in the video, i have dedicated a lot of time explaining the tricks and steps on shaping it. hence i recommend to focus more interest on it and feel confident about the same. 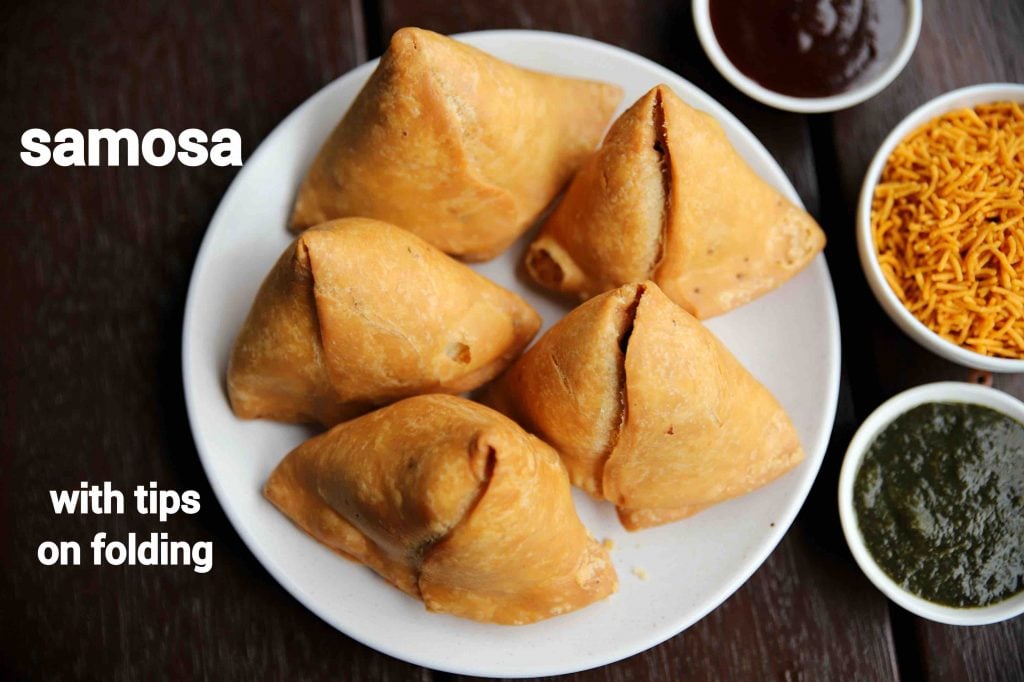 furthermore, i would like to add some tips and suggestions for a crispy, flaky and tasty samosa recipe. firstly, the dough for this recipe is very critical. i have added oil to the flour and have kneaded it roughly for about 10 minutes. also, the dough is very tight as compared to roti or chapathi dough and also you need to feel flaky while kneading it. secondly, the other important tip is to make the stuffing well ahead in advance. it has to cool down and should not be warm as you may find it difficult to shape it. lastly, if you are not able to shape it in a cone shape then do not worry and there is a fallback option. you can shape it like karanji or half-moon shape and deep fry it till crisp. also deep fry these in a low medium flame till it becomes crisp and hard. 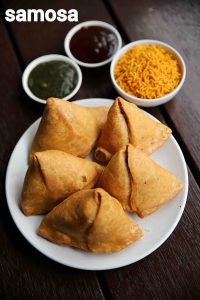 how to make samosa with step by step photo: