sugar free modak recipe | no sugar no jaggery modak | sugar less modak with detailed photo and video recipe. a unique and healthy way of making rice flour based dumplings or modak recipe with dates, nuts and khoya. sweet dumplings are the main offerings for lord ganesha during the ganapati festival or ganesha chaturthi. 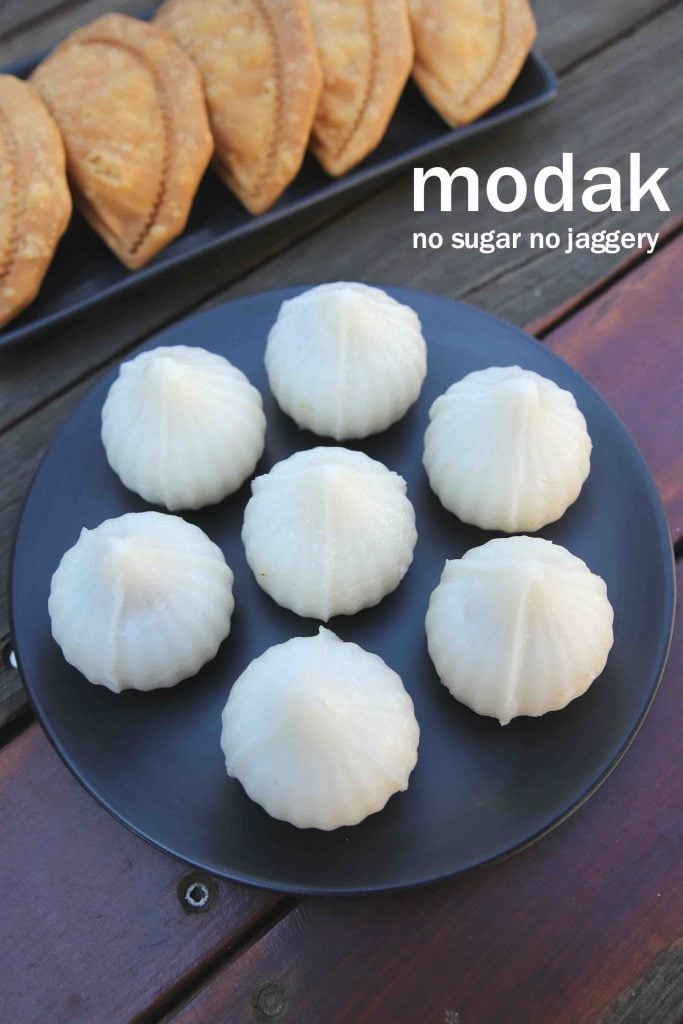 sugar free modak recipe | no sugar no jaggery modak | sugar less modak with step by step photo and video recipe. modak recipes are very popular offerings to lord ganesha and are generally made during the chauthi festival. it can be made with myriad stuffing including chocolate, sugar, jaggery and even mawa and milk powder. but this is a unique no sugar modak recipe made with nut and dates stuffing, and thus making a healthy modak recipe.

this is my 3rd year celebrating ganesha chaturthi with hebbars kitchen and my 3rd attempt with modak recipe. yearly i have been posting a type of modak recipe, and this i thought of posting something unique and healthy recipe. last year i had posted the traditional ukadiche modak recipe without any shaper or mould. as a matter of fact, in this post, i have shown both ways with mould and by pleating with hand. i find using shaper or mould is very easy and quick, but certainly does not match the satisfaction and content that you get with handmade modak. having said that, the mould modak’s are very pretty, symmetric and presentable. hence if you are planning to share it with friends and family, i would recommend using mould modak recipe. 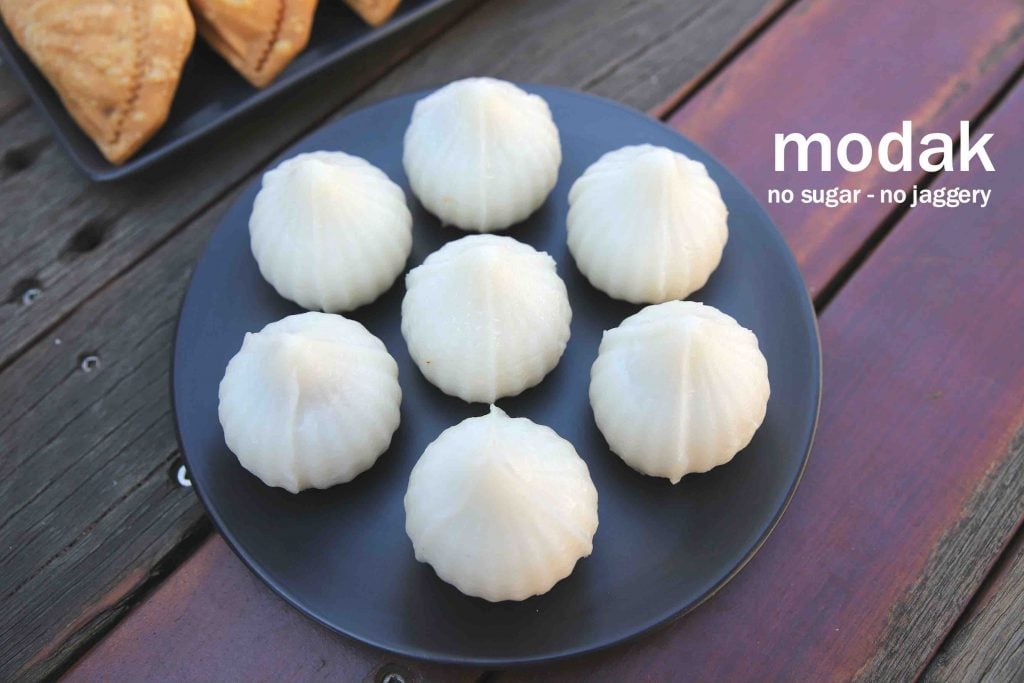 furthermore, some tips and suggestions while making sugar free modak recipe. firstly, this is a no sugar and no jaggery modak, but that does not mean it does not have sugar content in it. i have added dates, khoya which has sugar content in it and hence you may need to reconsider if you have sugar related problems. secondly, the stuffing quantity can be easily varied and can be stuffed as per your preference. also, if you are using mould or shaper, apply a thin rice dough covering first and then followed by stuffing. lastly, these steamed modak, can last long for 3-5 days easily if stored in a dry container. you can also refrigerate it and microwave it for 20-30 seconds before serving it.

recipe card for no sugar no jaggery modak recipe: 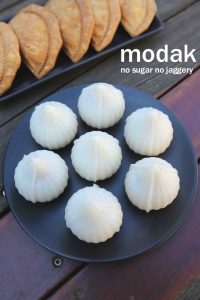 how to make sugar free modak recipe with step by step photo: