kofta biryani recipe | veg kofta biriyani | kofte ki biryani with detailed photo and video recipe. a unique and flavoured biriyani recipe made with aloo and paneer deep-fried balls. it is basically an extension to the traditional biryani recipe which is either made with meat and choice of veggies. it is an ideal one pot meal which can be served for any occasions or perhaps can be made for day to day lunch box recipes. 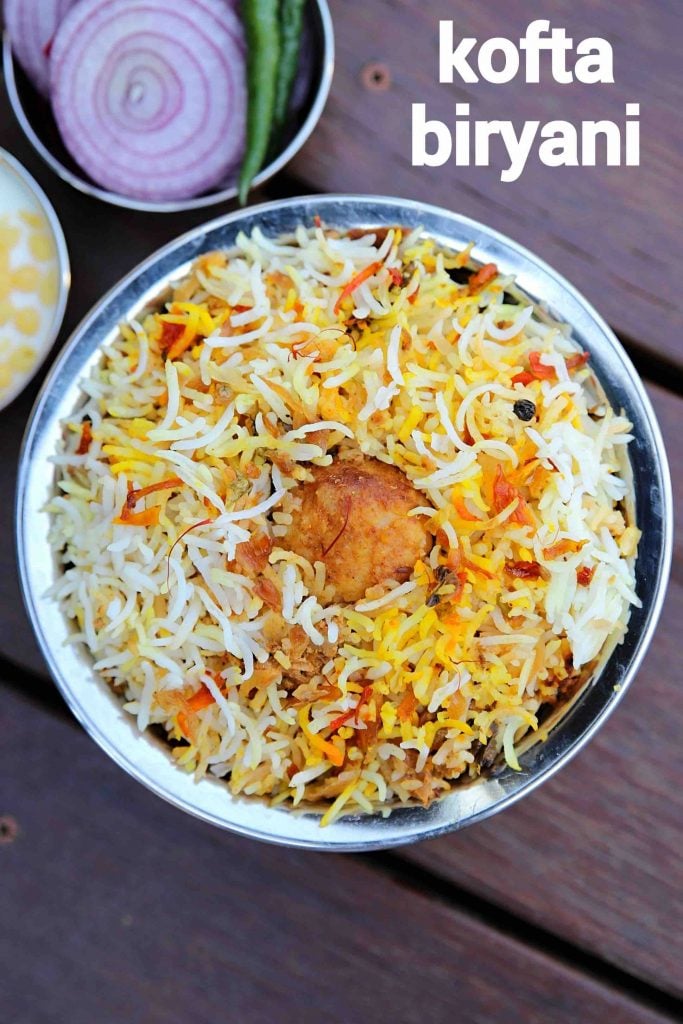 kofta biryani recipe | veg kofta biriyani | kofte ki biryani with step by step photo and video recipe. biryani recipes have become one of the popular rice recipes across india and even globally. this has led to many flavours and variation to the authentic and traditional one with a fusion of other recipes. one such hugely popular biriyani alternative is kofta biriyani recipe where veggie balls are infused within biryani rice.

well for most of them, biriyani recipe is a flavoured rice-based dish, but for me, it’s an emotion. basically, i can have any form of biryani on any day for any meal. as matter of fact, i have shared many flavoured biriyani recipes in my blog and my personal favourite is dum style cooked biryani recipe. this recipe of kofta which can be made premixed or layered, but i have prepared it in layered style or dum style. in other words, slow dum style cooking would help to infuse the biryani flavour into the rice and veggie balls. while cooking it dum style is not something a must, but it is more of a personal preference whenever i cook biryani. 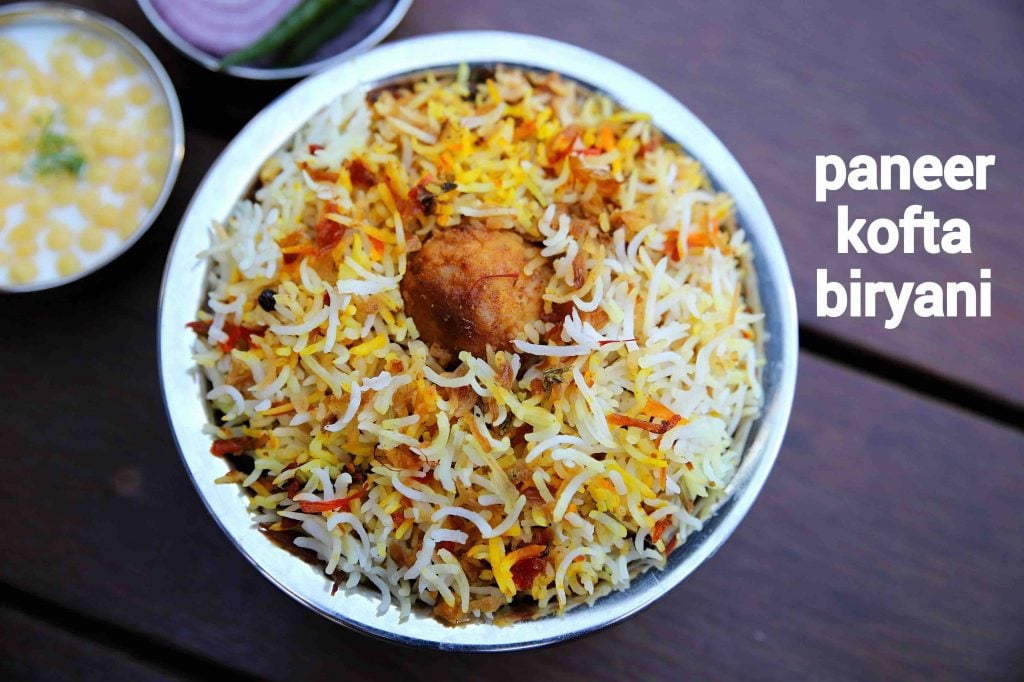 furthermore, some easy and important tips and variations while preparing the kofta biryani recipe. firstly, while preparing the kofta i have used paneer and potatoes which should be sufficient for the kofta. but you can extend it by adding more choice of your veggies to it. secondly, i have pan fried the kofta in an appe pan which is more than sufficient to fry it. but if you need to make it even more crispy you can deep fry it in a frying pan. lastly, in the biryani gravy, i have added just kofte balls and it is more than sufficient. but you can add a choice of veggies with it 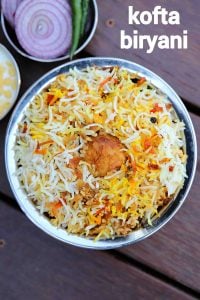 how to make kofta biryani with step by step photo:

this post is also available in ಕನ್ನಡ (Kannada), and हिन्दी (Hindi)
related articles