pav recipe | ladi pav | homemade pav | eggless pav bread recipe with a detailed photo and video recipe. a soft and puffy indian style bread recipe made with plain flour and dry yeast. basically, indian version of ladi pav is very similar to the dinner roll, but softer without crisp texture. it is ideally served with pav bhaji, misal pav or vada pav but can be served with any choice or curry or even bhurji recipes. 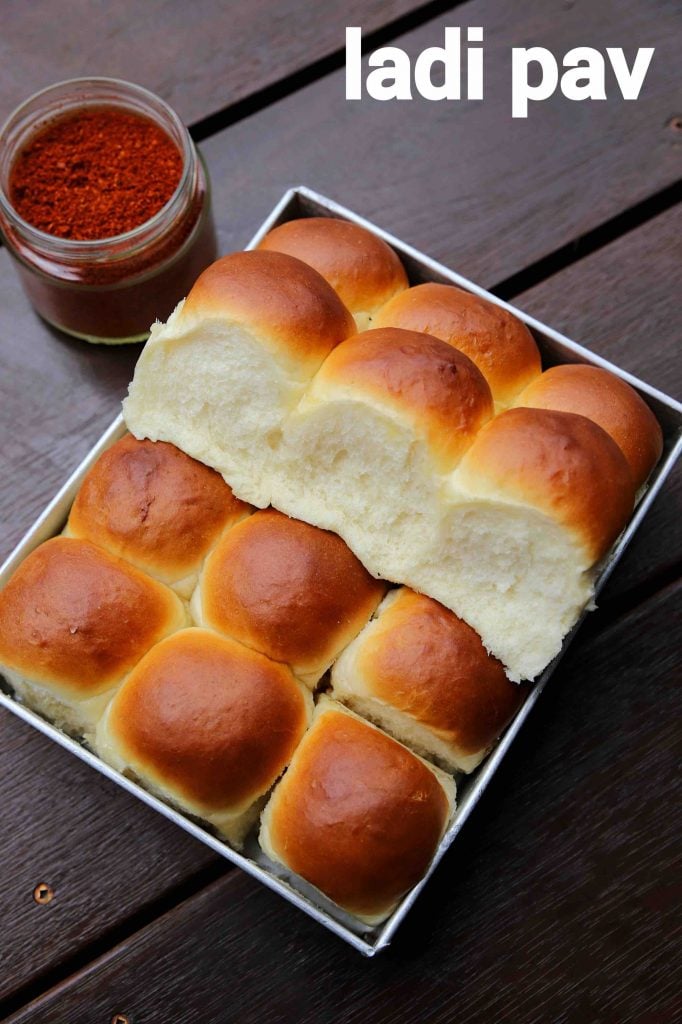 pav recipe | ladi pav | homemade pav | eggless pav bread recipe with step by step photo and video recipe. flatbread or roti / chapati recipes are very common across india. these flatbreads are typically served with spicy curries as a side dish and make most of the lunch or dinner meal. in addition to these flatbreads, even ladi pav or eggless pav bread can also be served with these curries or perhaps as street food.

well, to be honest, i am not a huge fan of homemade pav or ladi pav as i do get freshly baked dinner rolls near to my place. moreover, these rolls do not have any additional preservative and hence i always end up buying it instead of baking at home. however, i have got a lot of requests to prepare ladi pav bread at home using a pressure cooker and hence i thought of posting it as a video post. well in this post i have used the traditional oven to bake as the size of my pressure cooker and pav tray was not matching. perhaps i would post it next time once i have access to a small tray. anyway, i had to bake it thrice to get the right temperature, time and softness so this is a tried and tested recipe.

furthermore, some important tips, suggestions and variations for the soft and spongy eggless ladi pav recipe. firstly, the key to soft pav is the kneading of plain flour dough after it is mixed with yeast. give a proper 10-15 mins of kneading and use both your hands. you can also use the bread or atta maker to knead the dough. secondly, once the dough is properly kneaded, allow it to rest for 60 minutes so that raises and gets the shape. in addition to it, once the dough is shaped to balls and transferred to the tray, it has to be rested again. finally, before putting the tray to baking oven, do not forget to brush the balls with milk or butter to get a nice colour. 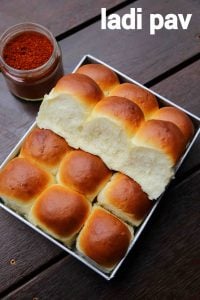 how to make ladi pav with step by step photo: